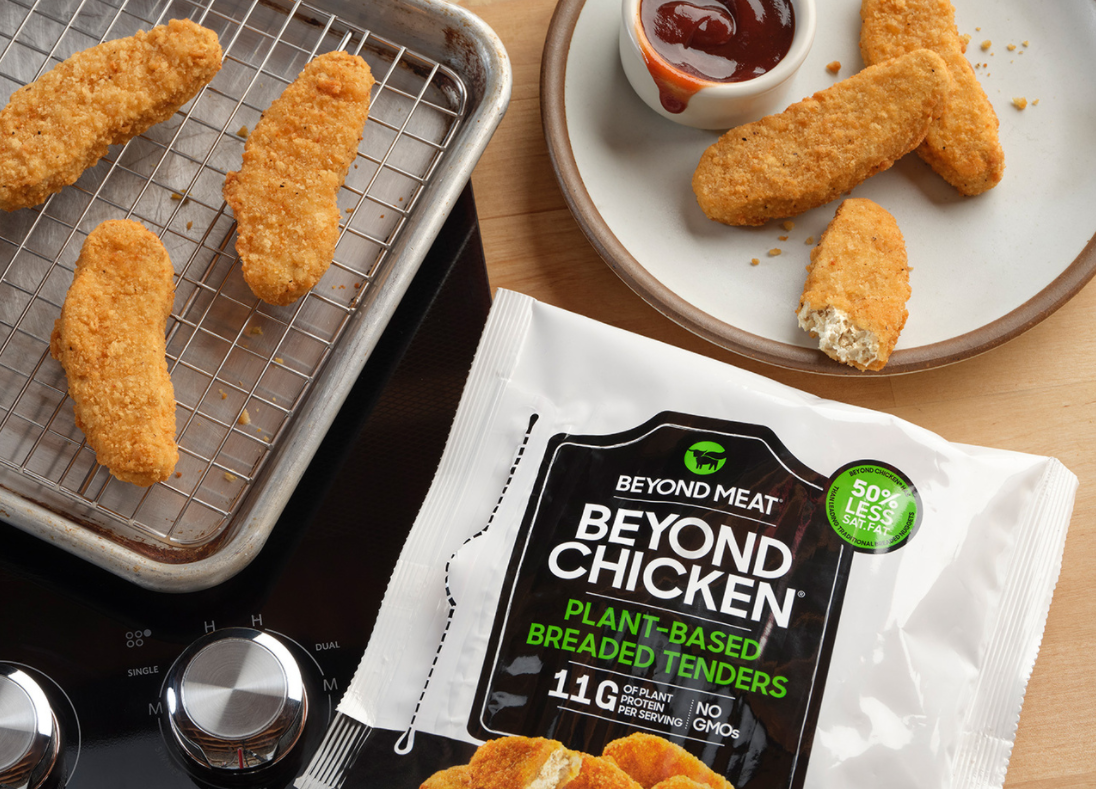 Following this summer’s introduction of Beyond Chicken® Tenders in foodservice and successful launches of plant-based chicken at Panda Express and A&W Canada, Beyond Meat is debuting Beyond Chicken Tenders in prominent retail chains in select markets across the U.S., starting in October

Beyond Meat is also increasing accessibility of its revolutionary plant-based offerings at Walmart, including a 70% increase in the number of stores offering Beyond Breakfast Sausage® Patties

EL SEGUNDO, Calif., September 27, 2021 -- Beyond Meat® (NASDAQ: BYND), a leader in plant-based meat, today announced that following multiple successful launches of its best-in-class plant-based chicken items in foodservice, it is debuting its Beyond Chicken® Tenders (MSRP: $4.99) at select retailers nationwide in response to consumer demand.

Unlocking the potential of the faba bean

Through rapid and relentless innovation, Beyond Meat’s research, innovation and culinary teams are focused on creating plant-based meat that is indistinguishable from their animal equivalent in taste while being better for people and the planet.

The protein in Beyond Chicken Tenders is derived from the faba bean, a nutrient-packed legume crop. Its unique qualities make it the optimal ingredient for replicating the taste and texture of traditional chicken tenders. After popularizing pea protein with the iconic Beyond Burger®, Beyond Meat continues to unlock the potential of new plant protein sources.

Doubling down on poultry as early pioneers in the category

Beyond Chicken Tenders is one in a series of breakthrough plant-based chicken innovations from Beyond Meat, including:

“Following the success of our plant-based chicken in restaurants, fans were eager to get their hands on a retail product that’s readily accessible and can be cooked at home anytime,” said Deanna Jurgens, Chief Growth Officer, Beyond Meat. “We’re thrilled to be answering consumer demand by launching Beyond Chicken Tenders at prominent retailers nationwide, continuing our momentum in the plant-based poultry category.”

Beyond Chicken Tenders come pre-cooked, ready-to-heat in the air fryer, oven or microwave for a crowd-pleasing meal that’s ready in under 10 minutes. Starting in October, shoppers can find Beyond Chicken Tenders in the frozen food aisle in select Walmart, Jewel-Osco, Safeway NorCal, Harris Teeter, Giant Food and ShopRite stores across the country with additional availability expected to be added later this year.

In addition to offering the new Beyond Chicken Tenders, Walmart plans to increase the number of stores offering Beyond Breakfast Sausage® Classic Patties by more than 1,500 stores and Beyond Breakfast Sausage Spicy Patties by more than 1,300 stores, as well as increasing availability of Beyond Meatballs™ and Beyond Beef® Crumbles. This broader product expansion at Walmart is already the third this year, following the introduction of Beyond Meatballs™ in May and Beyond Sausage® Hot Italian in March.

Visit Beyond Meat’s store locator to find Beyond Chicken Tenders, Beyond Breakfast Sausage and more at a store near you.

Beyond Meat, Inc. (NASDAQ: BYND) is one of the fastest growing publicly-traded food companies in the United States, offering a portfolio of revolutionary plant-based proteins made from simple ingredients without GMOs, bioengineered ingredients, hormones, antibiotics or cholesterol. Founded in 2009, Beyond Meat products are designed to have the same taste and texture as animal-based meat while being better for people and the planet. Beyond Meat’s brand commitment, Eat What You Love™, represents a strong belief that there is a better way to feed our future and that the positive choices we all make, no matter how small, can have a great impact on our personal health and the health of our planet. By shifting from animal-based meat to plant-based protein, we can positively impact four growing global issues: human health, climate change, constraints on natural resources and animal welfare. As of June 2021, Beyond Meat had products available at approximately 119,000 retail and foodservice outlets in over 80 countries worldwide. Visit www.BeyondMeat.com and follow @BeyondMeat, #BeyondBurger and #GoBeyond on Facebook, Instagram, Twitter and TikTok.