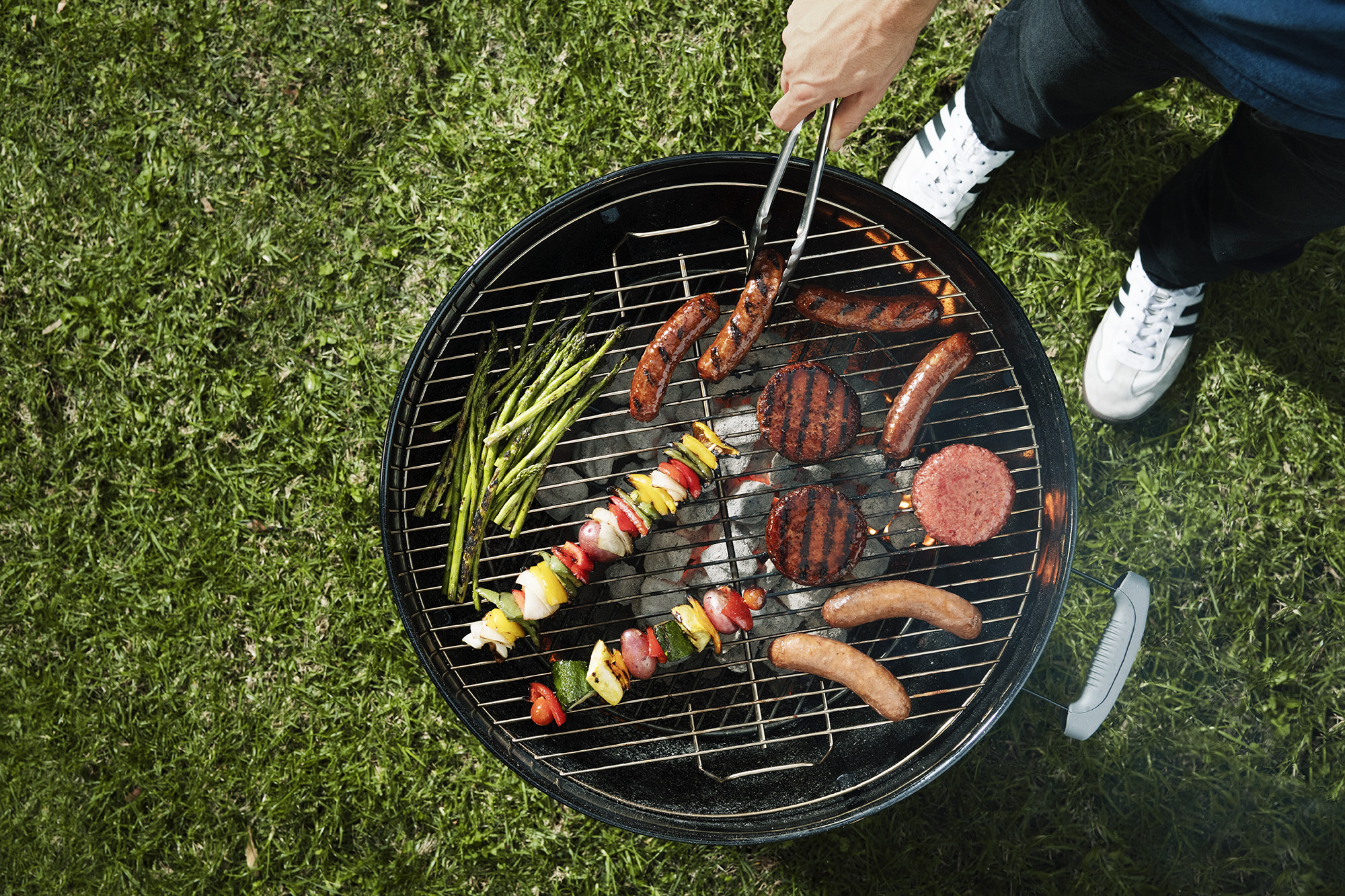 BEYOND MEAT® BRING BEYOND SAUSAGE™ TO NATION’S SAUSAGE CAPITAL

BEYOND MEAT® BRING BEYOND SAUSAGE TO NATION’S SAUSAGE CAPITAL

CHICAGO, Illinois (April 4, 2018) – Beyond Meat is expanding its nationwide presence as they introduce their newest product innovation, Beyond SausageTM, to Chicago at The Moonlighter, Logan Square’s casual neighborhood bar by Scofflaw Group. After successful launches on the East and West coast, the company is excited to introduce their newest plant-based meat option in the sausage capital of the U.S.

“In keeping with our Eat What You LoveTM brand promise, we are pleased to bring to market our delicious plant-based sausage line, a product innovation that provides consumers with the satiating taste and juiciness of pork sausage, coupled with the health and environmental upside of a plant-based meal,” said Ethan Brown, Founder & CEO of Beyond Meat.

Packed with juiciness and flavor, Beyond Sausage doesn’t sacrifice on taste or texture, and is the first plant- based sausage to deliver against pork sausage. Staying true to Beyond Meat’s promise to create better-for- you protein options, Beyond Sausage has 16g of protein per link, more than that of traditional pork sausage, and 38% less saturated fat.

Available in three flavors: Original Bratwurst, Hot Italian and Sweet Italian, Beyond Sausage is a satisfying option that will meet the heartiest of appetites. Beginning today, The Moonlighter will offer Beyond Sausage alongside other meat-centric options on their menu. Created by Executive Chef Mickey Neely, the three mouthwatering builds include:

With this launch, The Moonlighter becomes the first restaurant in Chicago to serve both The Beyond Burger and Beyond Sausage.

"At The Moonlighter, we aim to go above and beyond the same old fried bar food found at most sports bars and offer a little something for everyone,” said Mickey Neely, Executive Chef at The Moonlighter. “Given how great Beyond Meat products taste and the overwhelming positive feedback we’ve gotten from The Beyond Burger, adding Beyond Sausage was a no brainer. As the sausage capital of the U.S., we’re excited to put our own unique twist on the sausage."

The Moonlighter will also offer a special “off-the-menu” option to order the bratwurst served as a classic Chicago Dog ($9) with yellow mustard, relish, raw onion, sport peppers, tomato, cucumber, and a pickle slice.

“Sausage is a time-honored tradition in this city, and we are honored to be a part of that culinary heritage and craft by partnering with The Moonlighter,” added Brown. “We hope their customers, carnivores and vegetarians alike, will seek out and enjoy the benefits of Beyond Sausage.”

Hailed as a miracle of meatiness, Beyond Sausage is the first sausage you actually want to know how it’s made. A blend of pea, fava bean and rice provide the protein, while trace amounts of beet juice lend the meaty red color. Coconut oil ensures mouth-watering juiciness, all wrapped in a 100% plant-based casing derived from algae. A first of its kind, Beyond Sausage has no GMOs, soy or gluten and is currently available on the menu at select restaurants, including:

Beyond Sausage joins Beyond Meat’s line-up of other award-winning products, including The Beyond Burger. The world's only burger that looks, cooks, and tastes like ground beef from cows but is made entirely from plants, The Beyond Burger contains no GMOs, soy, or gluten. Since launching last year, The Beyond Burger has been added to the meat aisle at more than 6,000 grocery stores nationwide including at Jewel-Osco, Mariano’s, Whole Foods Market and select Target stores. To find the closest store to you, visit the Store Locator.

About Beyond Meat
Based in Los Angeles, California, Beyond Meat is a privately held company with a mission of building meat directly from plants. Investors include Bill Gates, actor and activist Leonardo DiCaprio, Twitter co- founders Biz Stone and Evan Williams, Kleiner Perkins, former McDonald's CEO Don Thompson, Honest Tea founder Seth Goldman, Humane Society of the United States, and Tyson Foods. To stay up to date on the latest, visit www.BeyondMeat.com and follow @BeyondMeat, #BeyondBurger, #BeyondSausage and #FutureOfProtein on Facebook, Instagram and Twitter.

About The Moonlighter
The Moonlighter (Scofflaw Group) is a relaxed neighborhood bar where guests are invited to “come as they are” in the heart Logan Square. Scofflaw’s original cocktail, beer and food trio Danny Shapiro, Kris Nagy, and Executive Chef Mickey Neely team up again on Scofflaw Group’s most casual concept to- date. Offering classic, high-quality all-American bar food, craft ciders, draft beers, rosé on tap, and cocktails by the glass and pitcher, the 2000-square foot indoor/outdoor space features a cozy and inviting interior and an expansive front yard patio with built in fire places. Visit The Moonlighter at 3204 West Armitage Avenue, Monday through Friday 5pm-2am, Saturday 11am-3am and Sunday 11am-2am. The kitchen will be open until 1am Sunday-Friday and until 2am on Saturday. For more information, please call 773-360-8896 or go to www.themoonlighterchicago.com. Follow The Moonlighter on social media @MoonlighterChi (Twitter), @themoonlighterchicago (Instagram), The Moonlighter (Facebook) and [email protected] (Snapchat).