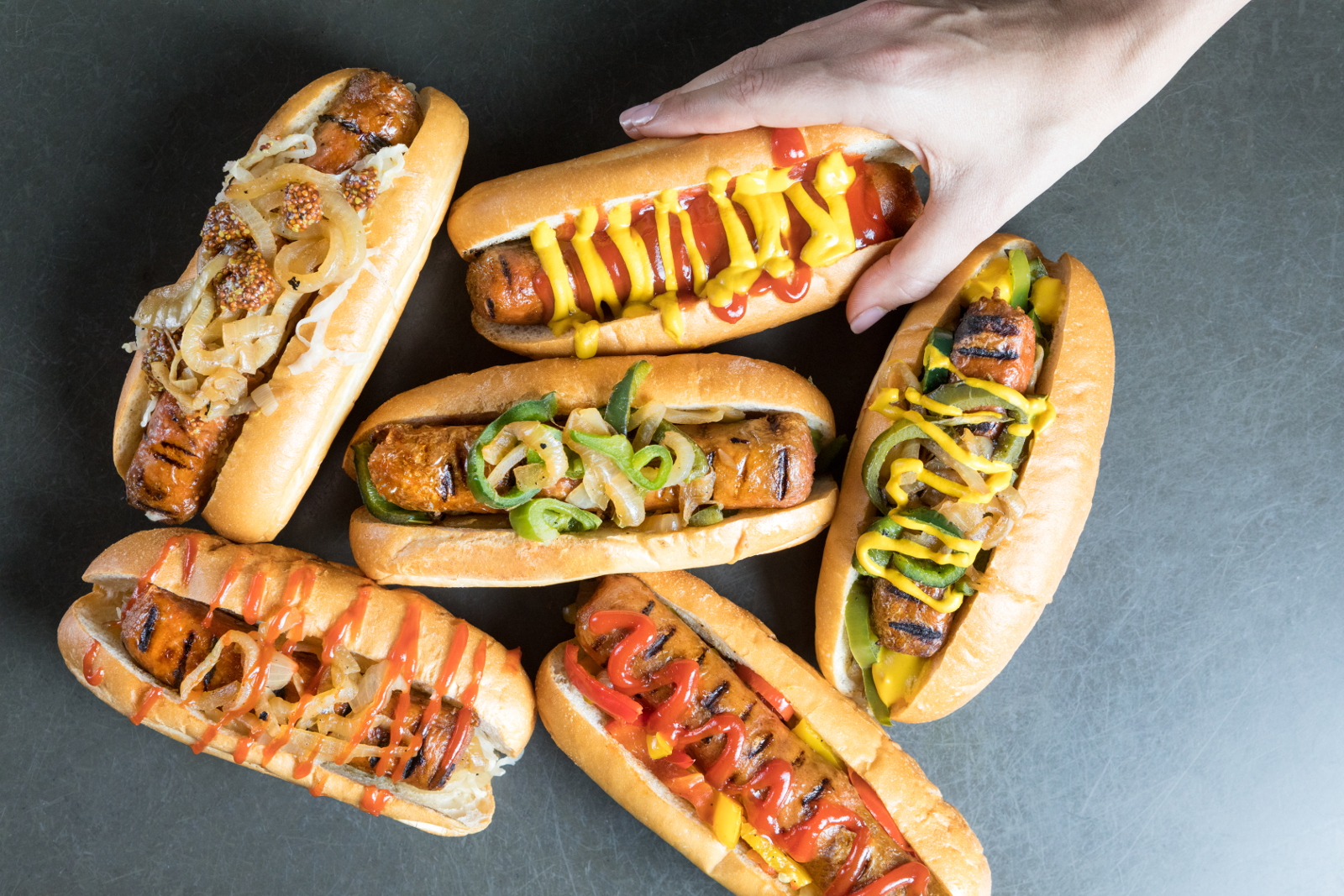 BEYOND MEAT® BRINGS BEYOND SAUSAGE™ TO THE WEST COAST

BEYOND MEAT® BRINGS BEYOND SAUSAGE TO THE WEST COAST

The first plant-based sausage that looks, sizzles and satisfies like pork hits the menu at Veggie Grill and Wurstküche in Los Angeles

El Segundo, CALIF. (February 28, 2018) – Beyond Meat® is expanding its footprint on the west coast with the unveiling of Beyond SausageTM in the company’s hometown LA market. After launching in New York earlier this month, the company is thrilled to make its sizzling new product readily available to local friends and family.

“In keeping with our Eat What You LoveTM brand promise, I am pleased to bring to market our delicious plant-based sausage line, product innovation that provides consumers with that satiating taste and juiciness of animal sausage with the health and environmental upside of plant-based eating.” said Ethan Brown, Founder & CEO of Beyond Meat.

Starting today, Angelenos across the city can enjoy the juicy satisfaction of Beyond Sausage at Veggie Grill’s El Segundo & Hollywood locations, as well as Wurstküche’s DTLA and Venice locations.

“Veggie Grill has been a fantastic partner for us and is an innovator in the field. It was important to me that when we launched Beyond Sausage in LA, we did so in a way that recognized and continued our partnership,” said Brown.

“The VG Beyond Burger has been a consistent top-seller since launching on our menu, and we’re thrilled to expand our partnership with Beyond Meat by offering the Beyond Sausage to our plant-forward customers,” said Steve Heeley, CEO of Veggie Grill.

Wurstküche, whose name is synonymous with sausage in LA, will be the only restaurant in LA serving up all three of Beyond Sausage’s irresistible flavors: Original Bratwurst, Hot Italian and Sweet Italian. The exotic sausage purveyor will feature the Beyond Sausage in the butcher case alongside their meaty counterparts.

“Sausage is a time-honored tradition, and we are truly humbled to be a part of that culinary heritage and craft by partnering with Wurstküche,” added Brown. “They are an LA institution and we hope their customers, carnivores and vegetarians alike, will seek out and enjoy the benefits of Beyond Sausage.”

Diners at Wurstküche can indulge in Beyond Sausage in a variety of flavor combos and builds with Wurstküche’s build-your-own menu structure which includes classic options like sauerkraut and caramelized onion, as well as more unique toppings like curry ketchup, spicy peppers and Thai peanut sauce.

“We already had an existing vegetarian option on the menu but its taste, texture and appearance didn’t come close to that of Beyond Sausage or delivering against traditional pork sausage,” said Wurstküche founder and co-owner Tyler Wilson. “Beyond Sausage is a game-changer and the first of its kind; we think our customers will be blown away when they try it.”

Hailed as a miracle of meatiness, Beyond Sausage is the first sausage you actually want to know how it’s made. A blend of pea, fava bean and rice provide the protein, while trace amounts of beet juice lend the meaty red color. Coconut oil ensures mouth-watering juiciness, all wrapped in a 100% plant-based casing derived from algae. A first of its kind, Beyond Sausage has no GMOs, soy or gluten.

Throughout 2018, Beyond Sausage will continue to pop up around the country, soon satisfying the cravings of sausage lovers nationwide. For more information, visit www.beyondmeat.com.

Building The Future of Protein
Plant-based leader, Beyond Meat, most recently announced the construction of its new Manhattan Beach Project research and innovation facility in Los Angeles. A seven-fold increase of the existing R&D footprint, the new state-of-the-art facility is projected to triple current pilot capabilities and reduce production scale up timelines in as much as half. Bringing together the best and brightest scientists, engineers, food technologists, chefs, and researchers, they work together in service of a single goal: perfectly build a piece of meat directly from plants.

About Beyond Meat
Based in Los Angeles, California, Beyond Meat is a privately held company with a mission of building meat directly from plants. Investors include Bill Gates, actor and activist Leonardo DiCaprio, Twitter co- founders Biz Stone and Evan Williams, Kleiner Perkins, former McDonald's CEO Don Thompson, Honest Tea founder Seth Goldman, Humane Society of the United States, and Tyson Foods. To stay up to date on the latest, visit www.BeyondMeat.com and follow @BeyondMeat, #BeyondBurger, #BeyondSausage and #FutureOfProtein on Facebook, Instagram and Twitter.