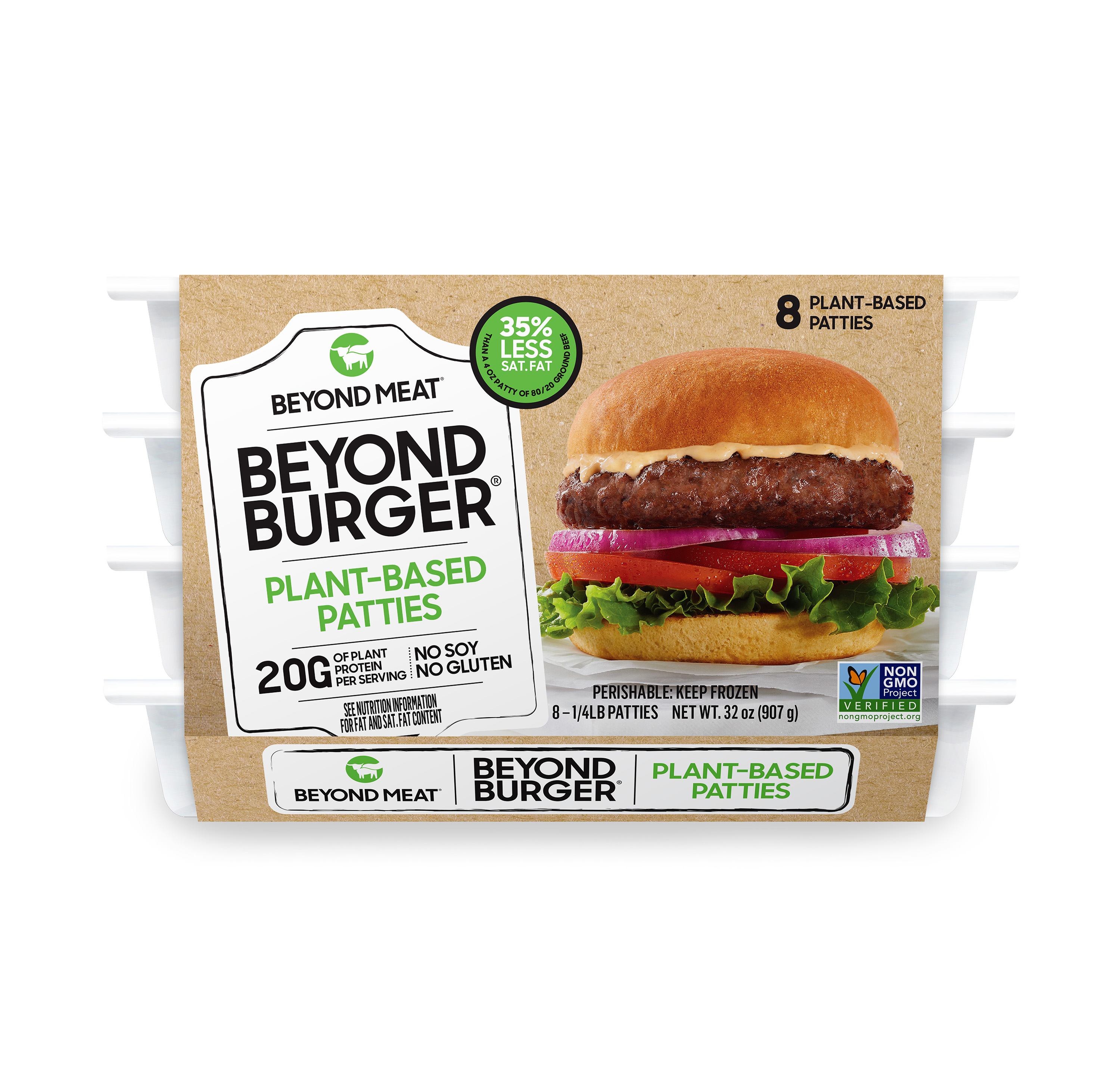 EL SEGUNDO, Calif., Aug. 03, 2020 (GLOBE NEWSWIRE) -- Beyond Meat, Inc. (NASDAQ: BYND), a leader in plant-based meat, is working to increase accessibility to plant-based meat through the development of new sales channels, including club and convenience stores. The company, which offers an 8-pack of its flagship Beyond Burger®, first broke into the club channel last year at Costco. This summer, Beyond Meat added partnerships with BJ’s Wholesale and Sam’s Club, unlocking partnerships with three major club stores.

“Having entered all national conventional retailers in the US, we looked for where the white space existed and club stores were the next logical step towards increasing accessibility to plant-based meat among mainstream consumers,” said Chuck Muth, Chief Growth Officer, Beyond Meat. “By offering the Beyond Burger in a larger format, we’re able to provide value to consumers and a more accessible entry point for those looking to try a plant-based option for the first time or increase their adoption of plant-based meat. With the added focus on retail the past few months as well as a shift towards less frequent, stock-up style shopping trips, our distribution in club stores has been especially critical.”

Beyond Meat was the first plant-based meat option that Sam’s Club explored via an initial test earlier this year at all locations. Following a strong, positive response from consumers, Sam’s chose to make the Beyond Burger a permanent offering.

After seeing a growing interest in plant-based options, BJ’s Wholesale evaluated several options and ultimately chose to offer its members Beyond Meat, a leader in the space.

Beyond Meat was the #1 selling brand in refrigerated plant-based meat and owned the top four selling SKUs in all of plant-based meat per­­ the latest 4-week SPINS data ending 6/14/20. Beyond Meat’s club store distribution footprint currently includes the majority of BJ’s Wholesale Club, Costco and Sam’s Club stores across the US.

This effort comes on the heels of an exciting year of growth for Beyond Meat, whose portfolio of plant-based proteins were available at approximately 25,000 retail stores across the US as of March 28, 2020 including Kroger, Walmart, Target, Whole Foods Market, Albertsons/Vons/Pavilions, Publix, Wegmans, Sprouts and more.

THE BEYOND BURGER
The Beyond Burger is designed to look, cook and satisfy like a traditional beef burger but is made from simple, plant-based ingredients without GMOs, soy, gluten or artificially produced ingredients. Beyond Meat’s vision is to be a global protein company capable of serving consumer’s growing demand for delicious, nutritious and sustainable protein. All Beyond Meat products are designed to meet, if not exceed, the nutritional benchmarks of its animal protein equivalent. Compared to an 80/20 beef burger, the Beyond Burger has:

About Beyond Meat
Beyond Meat, Inc. (NASDAQ: BYND) is one of the fastest growing food companies in the United States, offering a portfolio of revolutionary plant-based meats. Founded in 2009, Beyond Meat has a mission of building meat directly from plants, an innovation that enables consumers to experience the taste, texture and other sensory attributes of popular animal-based meat products while enjoying the nutritional and environmental benefits of eating its plant-based meat products. Beyond Meat’s brand commitment, Eat What You Love™, represents a strong belief that by eating its portfolio of plant-based meats, consumers can enjoy more, not less, of their favorite meals, and by doing so, help address concerns related to human health, climate change, resource conservation and animal welfare. Beyond Meat’s portfolio of plant-based proteins were available at approximately 94,000 retail and foodservice outlets in 75 countries worldwide as of March 28, 2020. Visit www.BeyondMeat.com and follow @BeyondMeat, #BeyondBurger and #GoBeyond on Facebook, Instagram and Twitter.