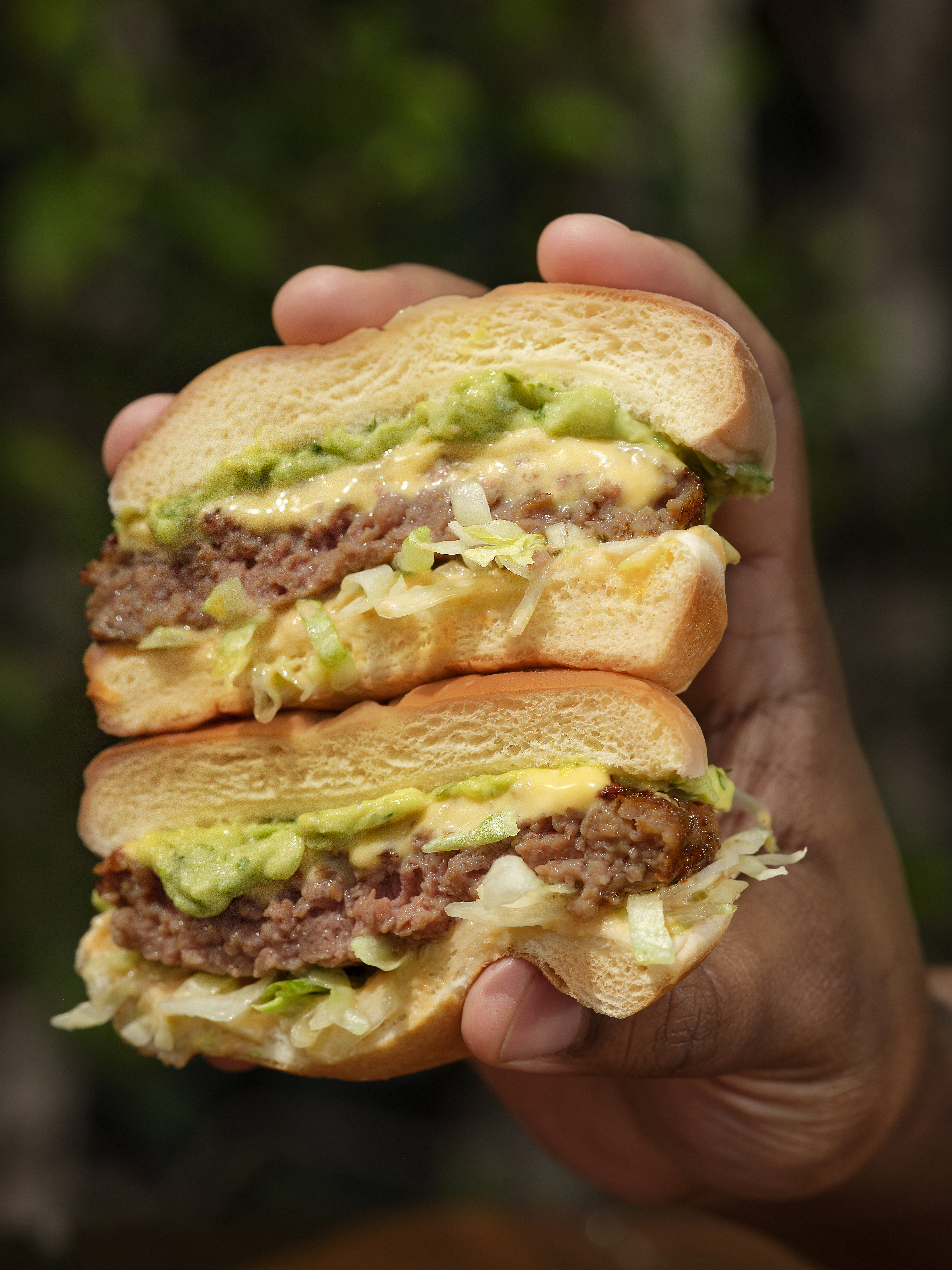 BEYOND MEAT® INTRODUCES THE ICONIC BEYOND BURGER® TO WOOLWORTHS

BEYOND MEAT® INTRODUCES THE ICONIC BEYOND BURGER® TO WOOLWORTHS

As the plant-based market booms in Australia, Beyond Meat announces partnership to put its patties
on the shelves of 800 Woolworths stores nationwide

Sydney, Australia, 21 June 2021 – Beyond Meat®, a leader in plant-based meat, has today announced that its wildly popular flagship product, the Beyond Burger®, is now available for the first
time at Woolworths. As Beyond Meat works to make plant-based options accessible to more
consumers, Aussies can now find the delicious, nutritious and sustainable plant-based meat patties in
most Woolworths stores across the country.

The launch responds to local consumers’ growing demand for plant-based meat products that are
better for human health and the health of the planet. According to Food Frontier data1, one in three
Australians have been consciously limiting their animal meat consumption, with 42% of the population acquiring new food habits.

“We’ve seen a strong response from consumers since arriving on Australian shores in 2018, so being
able to expand our presence at a major retailer such as Woolworths is a huge step towards increasing our accessibility locally,” said Ihab Leheta, Vice President International Business Development, Beyond Meat. “Our mission is to provide consumers with absolutely delicious plant-based meats that are better for their health and the health of the planet so that they can continue to enjoy their favourite meals, no sacrifice required.”

"Over the past year, we've seen a growing trend of customers who want flexibility and variety in their
diet, driving a nearly 40% increase for our plant-based protein category,” said Woolworths Plant-Based Category Manager Mauro Pisani. “We’re excited to add Beyond Meat within our broader range as the Beyond Burger gives shoppers a great tasting, high-quality plant-based option that delivers on the delicious burger eating experience Aussies crave.”

The Beyond Burger: A Global Sizzling Sensation
Beyond Meat first introduced the Beyond Burger in 2016, revolutionising the category as the first
plant-based burger designed to look, cook and taste like animal meat and sold in the meat case. The
product has since become a ubiquitous symbol for the future of food innovation and is now available in over 80 countries worldwide.

The star of any burger build, the Beyond Burger is designed to deliver the same juicy, meaty taste and texture as animal-based burgers while delivering strong nutritional benefits such as:
● 20g of protein per patty from peas, mung beans & brown rice
● No cholesterol, antibiotics or hormones

Made from simple, plant-based ingredients without GMOs, soy or gluten, the Beyond Burger is also
certified kosher and halal.

This exciting announcement builds on Beyond Meat’s ongoing global expansion and mission to make plant-based options available and accessible to more consumers. In 2021 alone, Beyond Meat has significantly expanded product distribution to thousands of retail locations across Europe, as well as in the United States through its expanded product offerings in Walmart stores across the country.
Beyond Meat also became the first multinational company focused solely on plant-based meat
production to open its own production facility in China.

Meat with a Lighter Environmental Footprint
In addition to the proven health benefits of plant-based meat, the University of Michigan’s 2018 LCA
showed that the original Beyond Burger, compared to producing a ¼ lb. standard U.S. 80/20 beef
burger, has 99% less impact on water scarcity, 93% less impact on land use, requires 46% less energy
and generates 90% fewer greenhouse gas emissions.

Global Footprint, Local Availability
“We know that to win, we have to deliver on taste, nutrition and price. If we can do those three things, we see a tremendous opportunity to transition people from animal-based meat to plant-based meat,” continued Leheta. Fans across Australia can now pick up the Beyond Burger two-pack at Woolworths stores for the everyday price of $11 AUD.

This arrival in Woolworths stores is the latest move in Beyond Meat’s expansion across the country.
Australian consumers can also find the Beyond Burger and Beyond Mince in additional retail and
foodservice locations across Australia, including Grill’d, Lord of the Fries, Ribs & Burgers and
Soulburger. Check out mouth-watering recipes for the Beyond Burger and Beyond Mince here.

About Beyond Meat
Beyond Meat, Inc. (NASDAQ: BYND) is one of the fastest growing food companies in the United States, offering a portfolio of revolutionary plant-based meats made from simple ingredients without GMOs, bioengineered ingredients, hormones, antibiotics, or cholesterol. Founded in 2009, Beyond Meat products are designed to have the same taste and texture as animal-based meat while being better for people and the planet. Beyond Meat’s brand commitment, Eat What You Love™, represents a strong belief that there is a better way to feed our future and that the positive choices we all make,
no matter how small, can have a great impact on our personal health and the health of our planet. By
shifting from animal-based meat to plant-based meat, we can positively impact four growing global
issues: human health, climate change, constraints on natural resources and animal welfare. As of
March 2021, Beyond Meat had products available at approximately 118,000 retail and foodservice
outlets in over 80 countries worldwide. Visit www.BeyondMeat.com and follow @BeyondMeat,
#BeyondBurger and #GoBeyond on Facebook, Instagram and Twitter and @BeyondMeatOfficial on
TikTok.

About Woolworths
Woolworths Group is Australia's largest retailer with more than 3,000 stores across Australia and New
Zealand. Woolworths Group includes some of Australia's most recognised and trusted brands
including Woolworths, Dan Murphy's, BWS and Big W. At Woolworths Supermarket, we bring a little bit of good to everyone, every day. Our goal is to help every person in Australia access affordable, healthy food. But building a brand isn’t just about telling people who we are. It’s about showing them what we do. We deliver: Good Food. Good Prices. Good Acts.