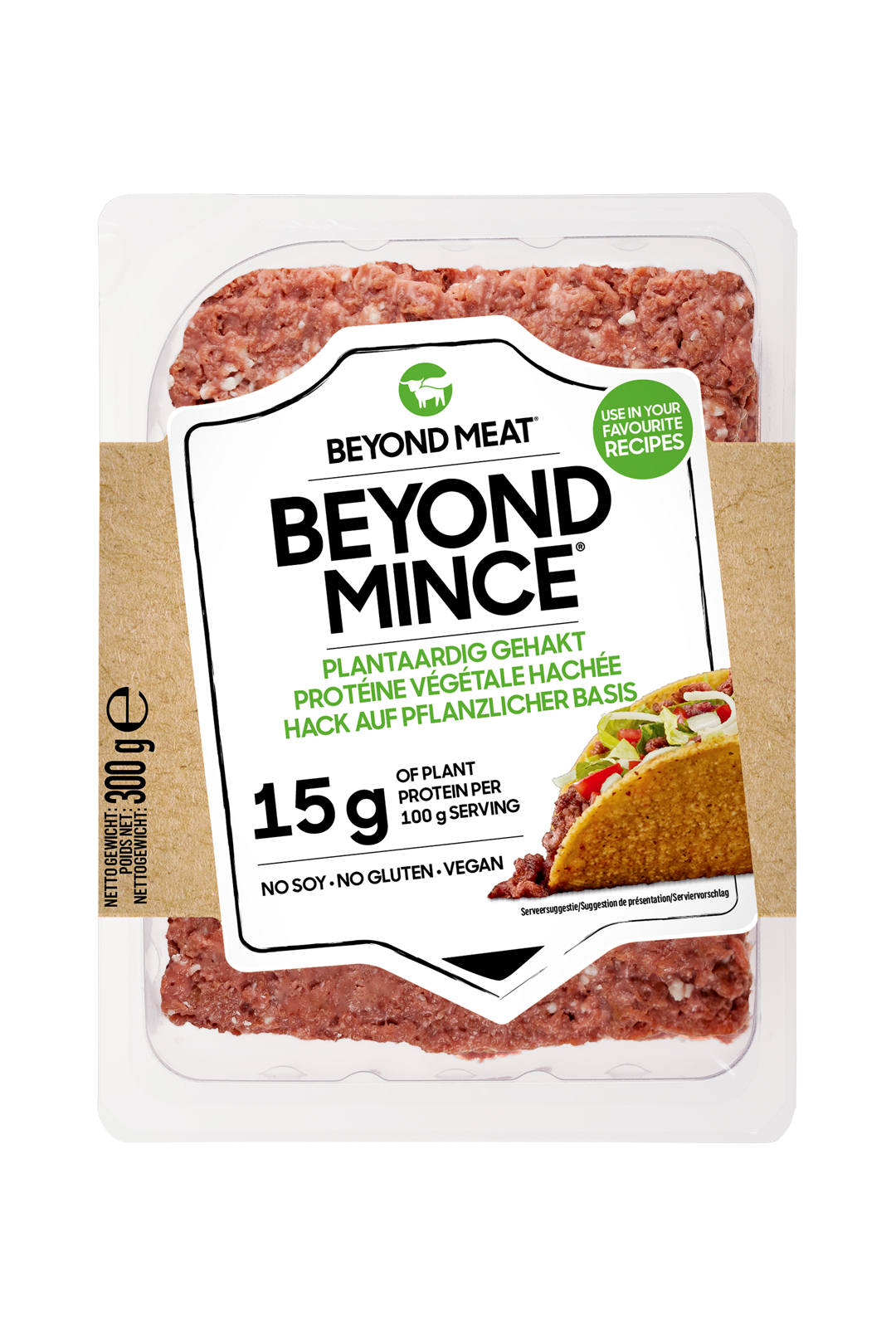 Beyond Mince is designed to look, cook and satisfy like minced beef but is 100% plant-based and made without soy, gluten or GMOs

Stockholm, October 13, 2020 – Beyond Meat, Inc., a leader in plant-based meat, today announced the introduction of its revolutionary Beyond Mince® in Swedish supermarkets. As of October 26, supermarket chain Coop becomes the first retailer to offer Beyond Mince in the Nordics, with availability online and in selected stores across Sweden.

Beyond Mince is designed to have the meaty taste, texture and versatility consumers love about minced beef, but with the added environmental benefits of plant-based protein. From tacos to meatballs, and Bolognese to sliders, Beyond Mince is a seamless swap for any traditional minced beef recipe. Beyond Mince has:
● A source of protein with 15g per 100g serving
● No cholesterol
● Made without soy, gluten or GMOs

“We are excited to introduce our latest product innovation in Europe,” said Chuck Muth, Chief Growth Officer, Beyond Meat. “Beyond Mince allows consumers to enjoy all the culinary versatility of minced beef, with the environmental benefits of plant-based meat. Given our long-standing partnership with Coop, we’re thrilled for them to be the first retailer to bring this innovative product to Swedish kitchens.”

“At Coop, we are always looking for products to expand our range of plant-based products and offer customers alternative choices. Today we’re extremely happy to be the first supermarket chain in Sweden to offer the Beyond Mince product, further strengthening our position when it comes to plant-based alternatives,” said Oskar Lundgren, Kategori- och inköpsansvarig at Coop Sweden.

The Swedish introduction of Beyond Mince follows the successful launch of the Beyond Burger® and Beyond Sausage® at Coop last year, which resulted in the Beyond Burger becoming the #1 selling plantbased burger at the retailer. In addition to Coop, Beyond Meat products are widely available across the  globe; as of June 27, 2020, Beyond Meat’s portfolio of plant-based meats were available at approximately 112,000 retail and foodservice outlets in 85 countries, including Sweden, where the Beyond Burger is currently available at various restaurants such as Bastard Burger, Phil’s Burger, Scandic Hotel and Texas Longhorn.

Founded in 2009, Beyond Meat has a mission of building meat directly from plants, an innovation that enables consumers to experience the taste, texture and other sensory attributes of popular animal-based meat products while enjoying the nutritional and environmental benefits of eating its plant-based meat products. For retailers and restaurants interested in carrying Beyond Mince, Beyond Meat is distributed in Sweden by Zandbergen World’s Finest Meat.

About Beyond Meat
Beyond Meat, Inc. (NASDAQ: BYND) is one of the fastest growing food companies in the United States, offering a portfolio of revolutionary plant-based meats. Founded in 2009, Beyond Meat products are designed to have the same taste and texture as animal-based meat while offering certain environmental benefits. Beyond Meat’s brand commitment, Eat What You Love™, represents a strong belief that there is a better way to feed our future and that the positive choices we all make, no matter how small, can help us move towards the kind of future we want. By shifting from animal-based meat to plant-based meat, we can help address concerns related to resource conservation and animal welfare. As of June 27, 2020, Beyond Meat had products available at approximately 112,000 retail and foodservice outlets in 85 countries. Visit www.BeyondMeat.com and follow @BeyondMeat, #BeyondBurger and #GoBeyond on Facebook, Instagram, and Twitter.