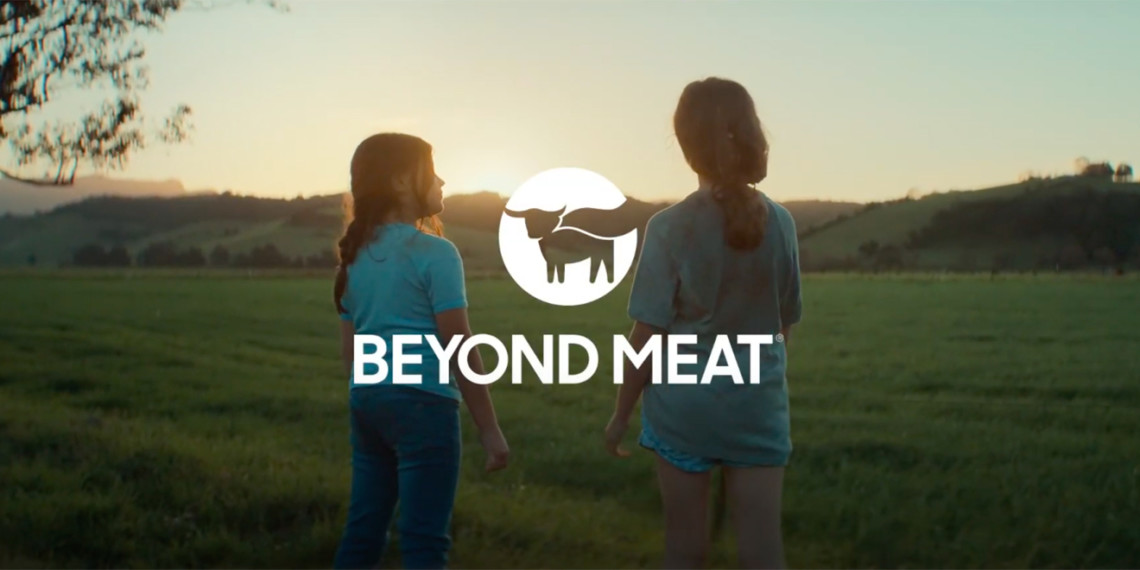 Launching with an initial broadcast TV spot featuring Beyond Meat ambassadors Octavia
Spencer and Todd Gurley, Beyond Meat poses the question: “What If We All Go Beyond?”

EL SEGUNDO, Calif., August 3, 2020 – Starting today, Beyond Meat® invites all consumers to join in the company’s mission by asking themselves: “What If We All Go Beyond?” The movement from the company is built on the idea that collective actions – big and small – can affect extraordinary change on people’s health and the health of the planet. This effort comes on the heels of an exciting year of growth for Beyond Meat, whose portfolio of plant-based proteins are available at approximately 94,000 retail and foodservice outlets in 75 countries worldwide.

The brand anthem will debut tonight with a broadcast TV spot airing during the Lakers vs. Jazz game on Spectrum Sportsnet. The spot features voice talent from Beyond Meat ambassador Octavia Spencer, who asks audiences to consider a future of food that’s better for people, animals and the planet – then reveals that it is already happening, as consumers have already started embracing plant-based protein as part of their everyday lives. Beyond Meat ambassador Todd Gurley makes an appearance in the spot, showcasing the number of athletes who have embraced plant-based meat as a delicious, nutritious option to fuel their performance.

The company, which is committed to using food as a vehicle for change, is using what’s at the center of the plate as a critical starting point to create a more equitable future for all. From its Feed a Million+ initiative focused on serving communities in need, to the company’s recent involvement as a founding partner in Chris Paul’s Social Change Fund aimed at addressing racial inequalities in nutrition access and health outcomes in Black communities and beyond, Beyond Meat’s goal is to increase accessibility of plant-based meat across all communities in an effort to serve consumer’s growing need for delicious, nutritious and sustainable protein. Beyond Meat will be extending this invitation to Go Beyond® to audiences in a number of ways in the coming months. This initial call to action is just the beginning in a robust journey aimed at inspiring consumers, engaging local communities, and rallying the brand’s network of ambassadors and fans to share in the company’s vision for the future of food.

“We are launching this movement to invite everyone to join us in a journey of creating the future of food. We want to show people how small actions collectively can make a big impact,” said Stuart Kronauge, Chief Marketing Officer, Beyond Meat. “We have a vision of a future where we can continue to eat what we love through the creation of delicious, nutritious options without the use of GMOs or synthetic ingredients. Where we source protein in a way that’s better for the environment and without harm to animals. Where plant-based options are more affordable and accessible. What’s amazing is that this future is already happening, and we hope even more people feel inspired to be a part of it.”

“I’m really proud to be a part of this movement and love that Beyond Meat is inviting us all to imagine a brighter future with the simple question: ‘What If We All Go Beyond?’,” said Octavia Spencer, actress, Beyond Meat ambassador, and the voice behind the TV spot. “I see the power of collective change happening all around us, and the future of our food is no different. My health is the reason that I’ve started eating more plant-based meat, and Beyond Meat’s products taste so good, it made the transition a welcomed change. I can’t wait to share the experience I’ve had with more people and invite them to try going beyond too.”

“I’m proud to be a part of Beyond Meat’s team and this movement – and not just because I love their products. When I supported the Feed a Million+ initiative, I saw firsthand the good that Beyond Meat does in the world, and how much they care about making plant-based meat available to all communities. The question of ‘What If We All Go Beyond?’ is powerful because it invites everyone in to join in the movement toward a brighter future,” said Todd Gurley, Falcons running back and Beyond Meat ambassador, who makes a cameo in tonight’s TV spot.

Audiences can learn more about the “What If We All Go Beyond?” movement on the company’s
website and social channels.