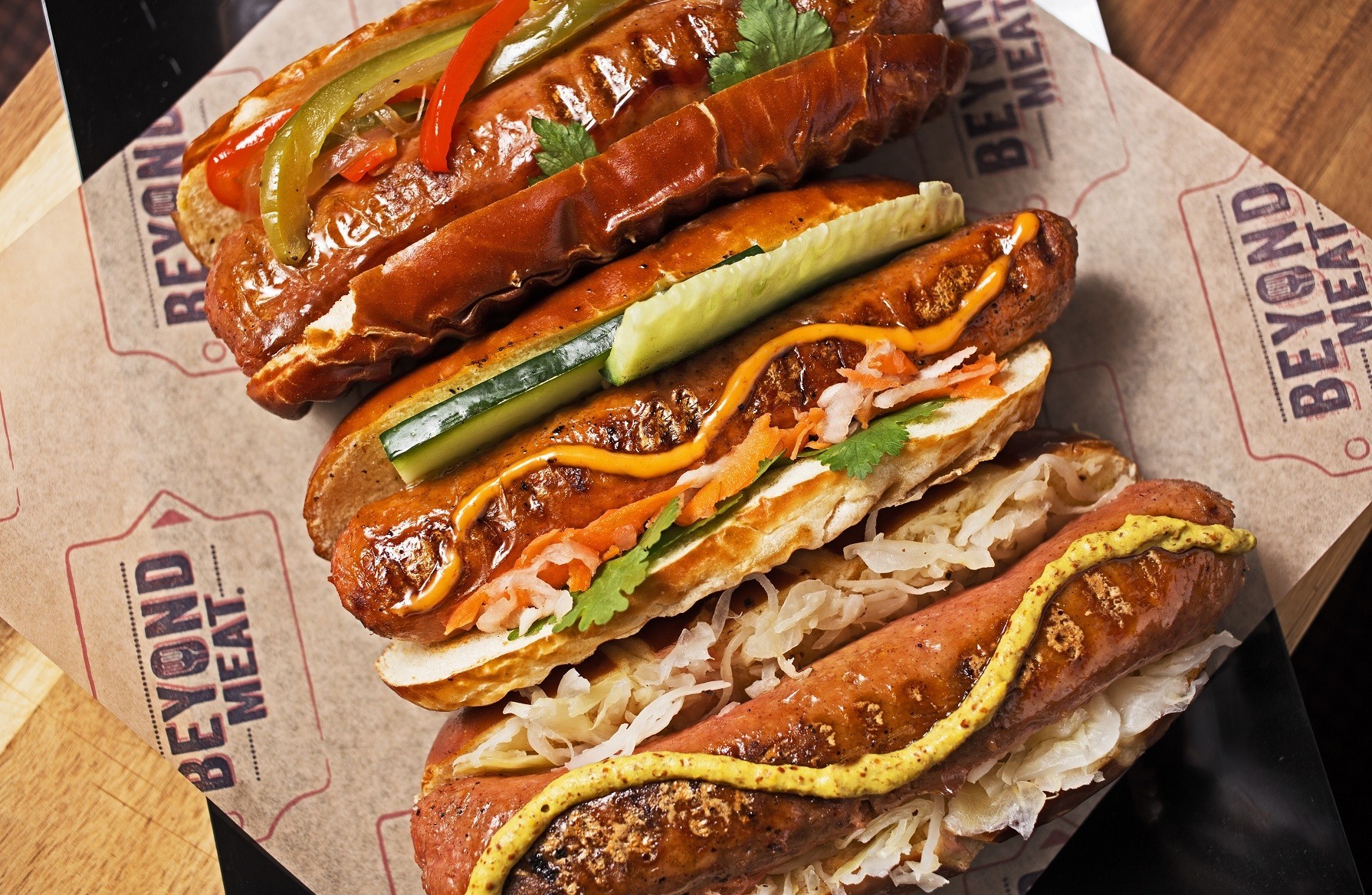 New York, NY (February 16, 2018) – Today, New Yorkers will have a new option to satisfy their craving for juicy sausages at Schaller’s Stube on the Upper East Side. Beyond Meat – the brand that created the game changing Beyond Burger – is bringing a plant-based breakthrough to Schaller’s Stube customers: Beyond Sausage. This new creation promises to deliver on the taste, texture, and look of pork sausage but with less saturated and total fat.

“We’re always looking for ways to offer our customers something new and delicious, and have seen a significant increase in requests for alternative protein options. It just so happens, Beyond Sausage is the first one we’ve tried that actually tastes like the real deal,” added Jeremy Schaller, owner of Schaller’s Stube. “I love all pork sausages but this is definitely something that I would add to my weekly lunch rotation. I think our customers – carnivores and vegans alike – will feel the same way.”

In keeping with Beyond Meat’s promise to create better-for-you protein options, Beyond Sausage is launching in three flavors: Original Bratwurst, Hot Italian and Sweet Italian. With 16g of protein per link, more than that of traditional pork sausage, Beyond Sausage is a hearty option that will satisfy New York’s meaty appetites. Beginning today, Schaller’s Stube will offer these varieties in three mouthwatering builds:

The Beyond Sausage links can also be swapped for any build on the Schaller’s Stube menu.

“In keeping with our vision for enabling people to Eat What They LoveTM while enjoying the health benefits of plant-based foods, we are pleased to bring Beyond Sausage to New York by way of Schaller’s Stube,” said Ethan Brown, CEO of Beyond Meat. “With Schaller’s 80 years of tradition and experience serving sausage, we are honored to launch Beyond Sausage amidst their rich culinary and cultural history.”

In 1937, Schaller & Weber opened its doors with the intent to cater to the German immigrants in the Yorkville neighborhood. Originally a butcher shop where patrons could purchase cured meats and wursts, third generation owner, Jeremy Schaller decided it was time to expand the legacy to cater to present-day Yorkville. In 2014 he, along with his business partner Jesse Denes, opened the adjacent Schaller’s Stube Sausage Bar, a quick service outlet churning out German classics along with chef curated builds inspired by local and ethnic flavors.

Following its New York debut, Beyond Sausage will continue to pop up at meat-centric locations around the country, soon satisfying the cravings of sausage lovers nationwide.

Hailed as a miracle of modern meatiness, Beyond Sausage is the first sausage you actually want to know how it’s made. A blend of pea, fava bean and rice provide the protein, while trace amounts of beet juice lend the meaty red color. Coconut oil ensures mouth-watering juiciness, all wrapped in a 100% plant- based casing derived from algae. A first of its kind, Beyond Sausage has no GMOs, soy or gluten.

Building The Future of Protein
Plant-based leader, Beyond Meat, most recently announced the construction of its new Manhattan Beach Project research and innovation facility in Los Angeles. A seven-fold increase of the existing R&D footprint, the new state-of-the-art facility is projected to triple current pilot capabilities and reduce production scale up timelines in as much as half. Bringing together the best and brightest scientists, engineers, food technologists, chefs, and researchers, they work together in service of a single goal: perfectly build a piece of meat directly from plants.

About Beyond Meat
Based in Los Angeles, California, Beyond Meat is a privately held company with a mission of building meat directly from plants. Investors include Bill Gates, actor and activist Leonardo DiCaprio, Twitter co- founders Biz Stone and Evan Williams, Kleiner Perkins, former McDonald's CEO Don Thompson, Honest Tea founder Seth Goldman, Humane Society of the United States, and Tyson Foods. To stay up to date on the latest, visit www.BeyondMeat.com and follow @BeyondMeat, #BeyondBurger, #BeyondSausage and #FutureOfProtein on Facebook, Instagram and Twitter. i Based on a per cooked link comparison of Beyond Sausage and the leading brand of brat-style pork sausage