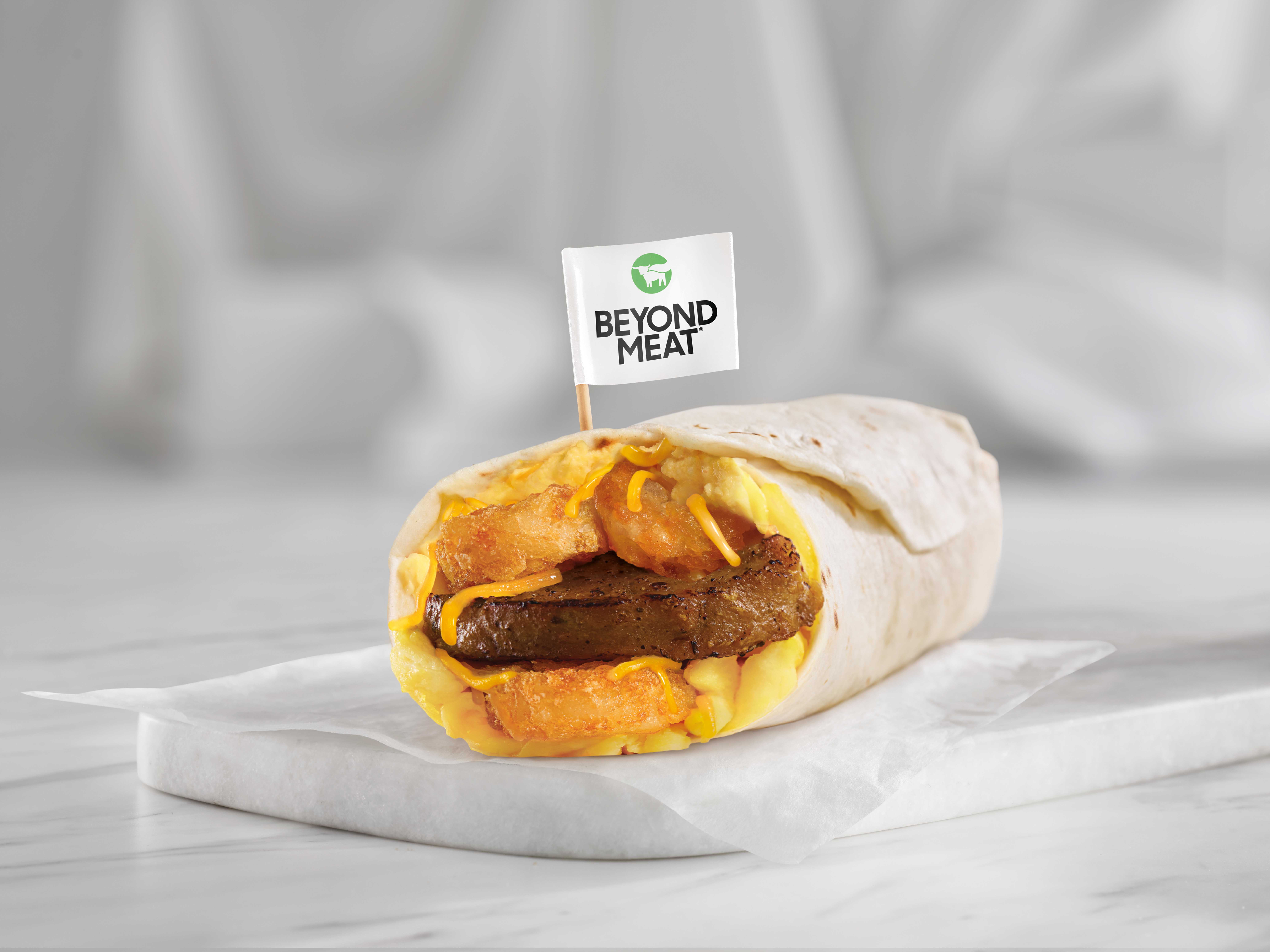 Restaurants build on success of Beyond Meat® partnership to become the first national U.S. quick service brands to introduce plant-based Beyond Meat options for breakfast, lunch and dinner

FRANKLIN, Tenn. — December 18, 2020 — CKE, the parent company of Carl’s Jr. and Hardee’s, today announced that the company will expand its partnership with Beyond Meat®, a leader in plant-based meat, with the introduction of new all-day plant-based protein options during breakfast, lunch and dinner nationwide.

“Since its debut less than a year ago, Carl’s Jr. has sold more than 6.7 million Beyond Famous Star® burgers to-date, making it the most successful product launch in the past two years. We’re continuing to build on this success by expanding our Beyond Meat partnership to Hardee’s,” said Patty Trevino, Senior Vice President, Brand Marketing at CKE Restaurants. “As we head into 2020, the addition of these new options at both restaurants is one of the many ways we’re continuing to deliver the innovation and quality Carl’s Jr. and Hardee’s are known for while appealing to new audiences including flexitarians, Gen Z and millennials.“

The all-day expansion across the CKE restaurant system comes after a successful year for Carl’s Jr., which contributed to the plant-based trend in late 2018, when the restaurant partnered with Beyond Meat to become one of the first major U.S. quick service restaurants to offer a plant-based burger patty. Since launch, Carl’s Jr. has seen an uptick of new customers, due in part to the partnership. The brands continued this history of firsts as Carl’s Jr. became one of the first quick service restaurants to innovate on its Beyond Burger offering by launching the Beyond BBQ Cheeseburger, while Hardee’s became one of the first to test all-day Beyond Meat offerings for breakfast, lunch and dinner.

“After a successful year with Carl’s Jr. and an initial test with Hardee’s, we’re thrilled to further expand the partnerships across the U.S. and have both brands be among the first to offer Beyond Meat at all times of day,” said Ethan Brown, CEO and Founder at Beyond Meat. “The new Beyond Breakfast Sausage™ is a game changer as it delivers the delicious quick serve breakfast experience that so many of us love and rely on, with the added nutritional and environmental benefits of plant-based meat.”

The new menu options, which draw on Carl’s Jr. and Hardee’s signature charbroiled patties and Made From Scratch™ biscuits, include the following: