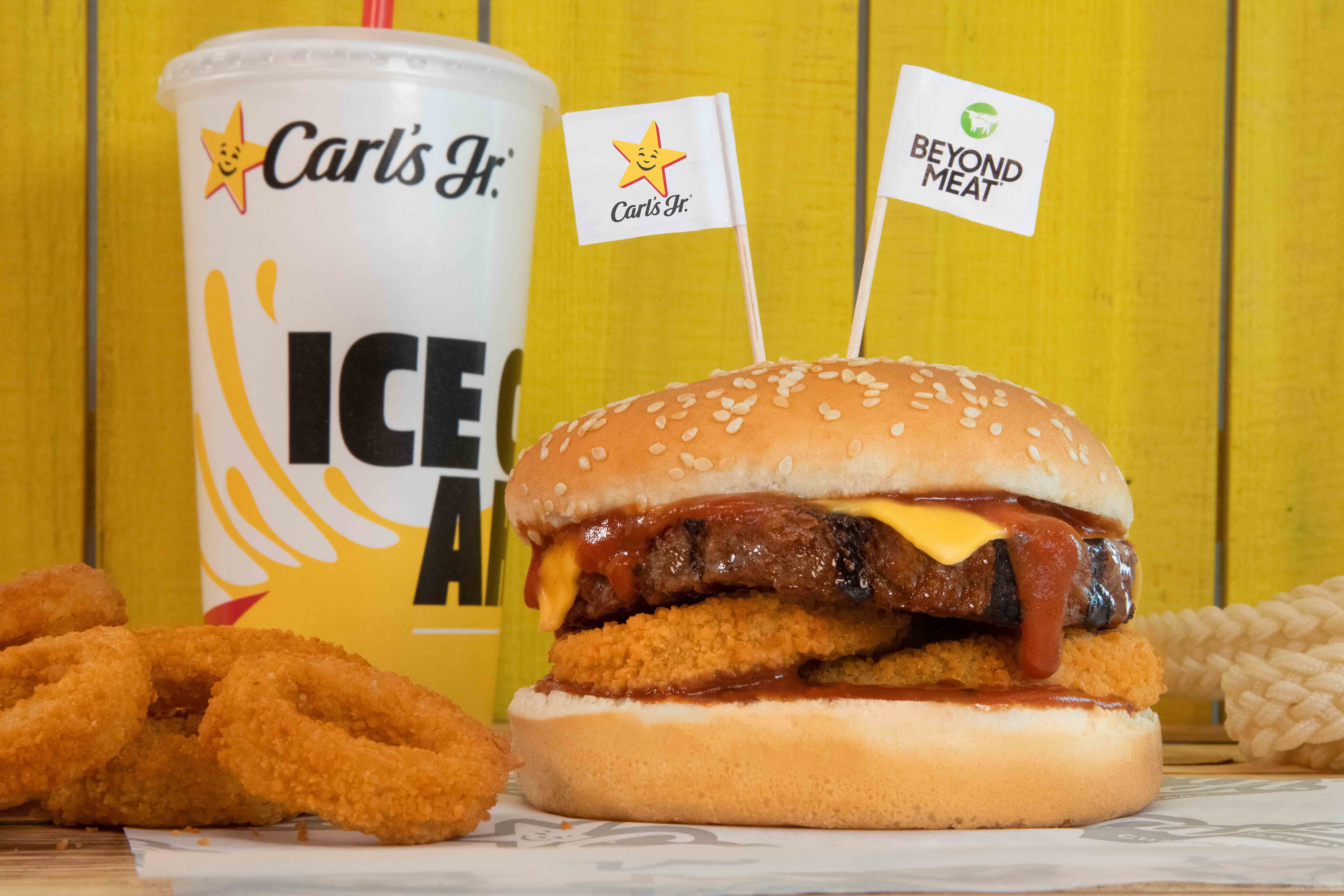 CARL’S JR. INNOVATES ON BEST-SELLING BEYOND BURGER™ WITH THE LAUNCH OF THE NEW BEYOND BBQ CHEESEBURGER

CARL’S JR. INNOVATES ON BEST-SELLING BEYOND BURGER™ WITH THE LAUNCH OF THE NEW BEYOND BBQ CHEESEBURGER

FRANKLIN, Tenn. — October 8, 2019 — Carl’s Jr.®, known for craveable menu items, is excited to expand its partnership with Beyond Meat® to launch an innovative new menu item – the Beyond BBQ Cheeseburger – available at participating restaurants beginning October 9, 2019. Drawing on the success of its Beyond Famous Star, the restaurant developed a new burger build meant to complement the Beyond Burger™ patty, while drawing on the flavors of its famed Western Bacon Cheeseburger.

The new Beyond BBQ Cheeseburger will feature some of the restaurant’s most popular ingredients including a Beyond Burger patty topped with Carl's Jr. original BBQ sauce, American cheese, crispy onion rings, all on a sesame seed bun, for an indulgent flexitarian option that turns BBQ on its head with a plant-based spin.

“After seeing the overwhelming demand for our Beyond Famous Star, in true Carl’s Jr. fashion we knew it was time to give customers even more plant-based innovations to delight their taste buds. With one Western Bacon Cheeseburger sold every second, we saw this as the perfect flavor inspiration – and so the new Carl’s Jr. Beyond BBQ Cheeseburger was born,” shared Patty Trevino, SVP of Carl’s Jr. Brand Marketing. “We’re always looking for the next great way to innovate and deliver the most craveable burgers, and we’re thrilled to continue our partnership with industry leader Beyond Meat to bring new and exciting flavors to our customers.”

Carl's Jr. was one of the first major U.S. quick service restaurants to introduce a plant-based option to its menu in December 2018, and since then more than 4.5 million Beyond Famous Star burgers have been sold, making it the most successful burger launch for the brand in the past two years.

“It’s been great to see the strong positive consumer response Carl’s Jr. has received since launching the Beyond Burger on-menu as more and more consumers look for delicious plant-based meat options. The on-menu expansion of Beyond Meat reflects Carl’s Jr.’s continued enthusiasm around the brand partnership and commitment to delivering innovative options for their customers,” said Chuck Muth, Chief Growth Officer at Beyond Meat.

The new Beyond BBQ Cheeseburger will be available at Carl’s Jr. restaurants beginning October 9, 2019 starting at $6.29. Pricing and participation may vary by location.