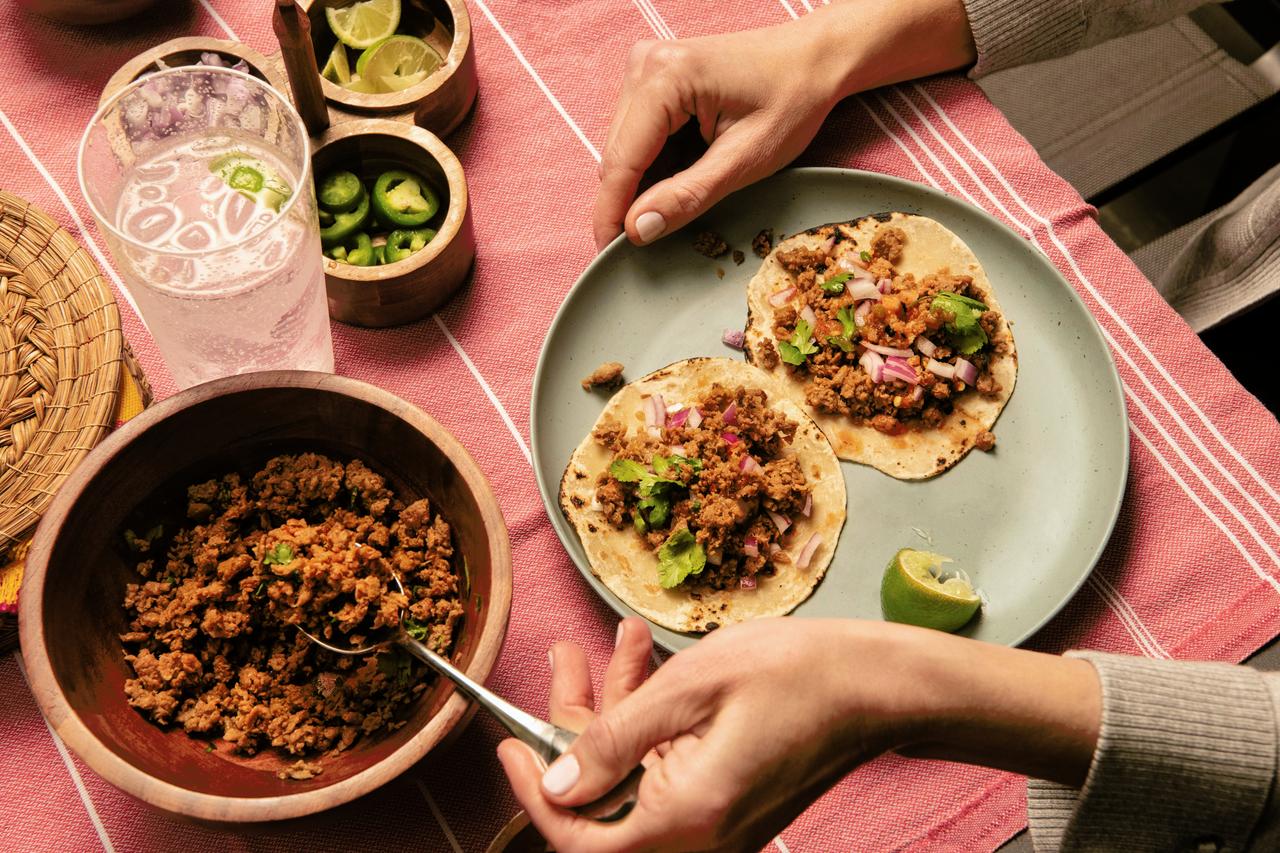 More conscious eating one of most frequently mentioned 2023 resolutions

Amsterdam, Netherlands, January 16, 2023 - Are the Dutch doing good intentions again in 2023? And if so, what do they want to do better and/or differently this year? Beyond Meat, a leading plant-based meat company, was curious about this and commissioned a survey. What emerged: as many as 45% of those surveyed are making good resolutions this year, with 44% saying they want to eat more consciously. However, one in five respondents say they are most likely to give up on them within about two weeks; and this breaking point often coincides with Blue Monday. This most discouraging day of the year takes place on Monday, January 16: Beyond Meat is trying to make this period a little more positive and green.

Most popular resolutions of 2023
The most popular resolutions among the Dutch are to exercise more (52%), eat more consciously (44%), be less busy (37%), spend more time with friends and family (24%), and a whopping 18% said they would like to eat less animal meat or other animal products. One in three respondents said they did find it difficult to keep up their good intentions. On the first day, one in ten even gives up, and after two weeks, one in five gives up. When asked why it is difficult to keep New Year's resolutions, the most frequently mentioned answers were: it takes too much effort and it was too hard mentally and physically. In terms of "eating less meat or other animal products," people indicated that the availability of tasty meat substitutes (55%) and tasty (40%) and easy recipes (34%) would help them keep this resolution longer.

Bram Meijer, Marketing Director EMEA, Beyond Meat: "We're delighted to see that nearly half of the Dutch people want to eat more consciously this year, and almost one in five are keen to reduce their animal meat consumption too. At Beyond Meat, we’re here to make things easier for everyone – whether you identify as a carnivore, flexitarian, vegetarian or vegan. Our delicious plant-based meat products are designed to look, cook and taste like animal meat and are kinder on the planet too!"

Cooking inspiration to eat less animal meat
Beyond Meat has teamed up with some of the Netherland's favorite online foodies. They have been asked to cook one of their favorite recipes with one of the products from the Beyond Meat range - which consists of the Beyond Burger®️, Beyond Sausage®️, Beyond Mince®️ and Beyond Meatballs®️ - and share it online from Blue Monday onwards to inspire and motivate others to eat plant-based meat. These easy and, most importantly, delicious recipes can be found via the hashtag #JanuaryandBeyond and more cooking inspiration can also be found on the Beyond Meat website. By doing so, Beyond Meat hopes to make it easier and also more fun for those who have 'eat less animal meat' as a New Year's resolution for 2023. Nice bonus: eating Beyond Meat can also tick off the good intention to "do better for the planet," which one in three respondents consider important.

Do you have a delicious and easy plant-based recipe of your own? Then share it with us on social media with #JanuaryandBeyond & #GoBeyond and tag us via @beyondmeateu!

About Beyond Meat
Beyond Meat, Inc. (NASDAQ:BYND) is a leading plant-based meat company offering a portfolio of revolutionary plant-based meats. Founded in 2009, Beyond Meat products are designed to have the same taste and texture as animal-based meat while offering certain environmental benefits. Beyond Meat’s brand commitment, Eat What You Love™, represents a strong belief that there is a better way to feed our future and that the positive choices we all make, no matter how small, can help us move towards the kind of future we want. By shifting from animal-based meat to plant-based meat, we can help address concerns related to resource conservation and animal welfare. As of September 2022, Beyond Meat branded products were available at approximately 188,000 retail and foodservice outlets in over 85 countries worldwide. Visit www.BeyondMeat.com and follow @BeyondMeatEU on Instagram, @BeyondMeat on Facebook, Twitter and TikTok.

About the study
The research around good intentions for 2023 was conducted by DirectResearch, commissioned by Beyond Meat. For this study, 1,003 Dutch people were surveyed in December 2022. The survey is representative of the Dutch population aged 18 and older by gender, age and education.