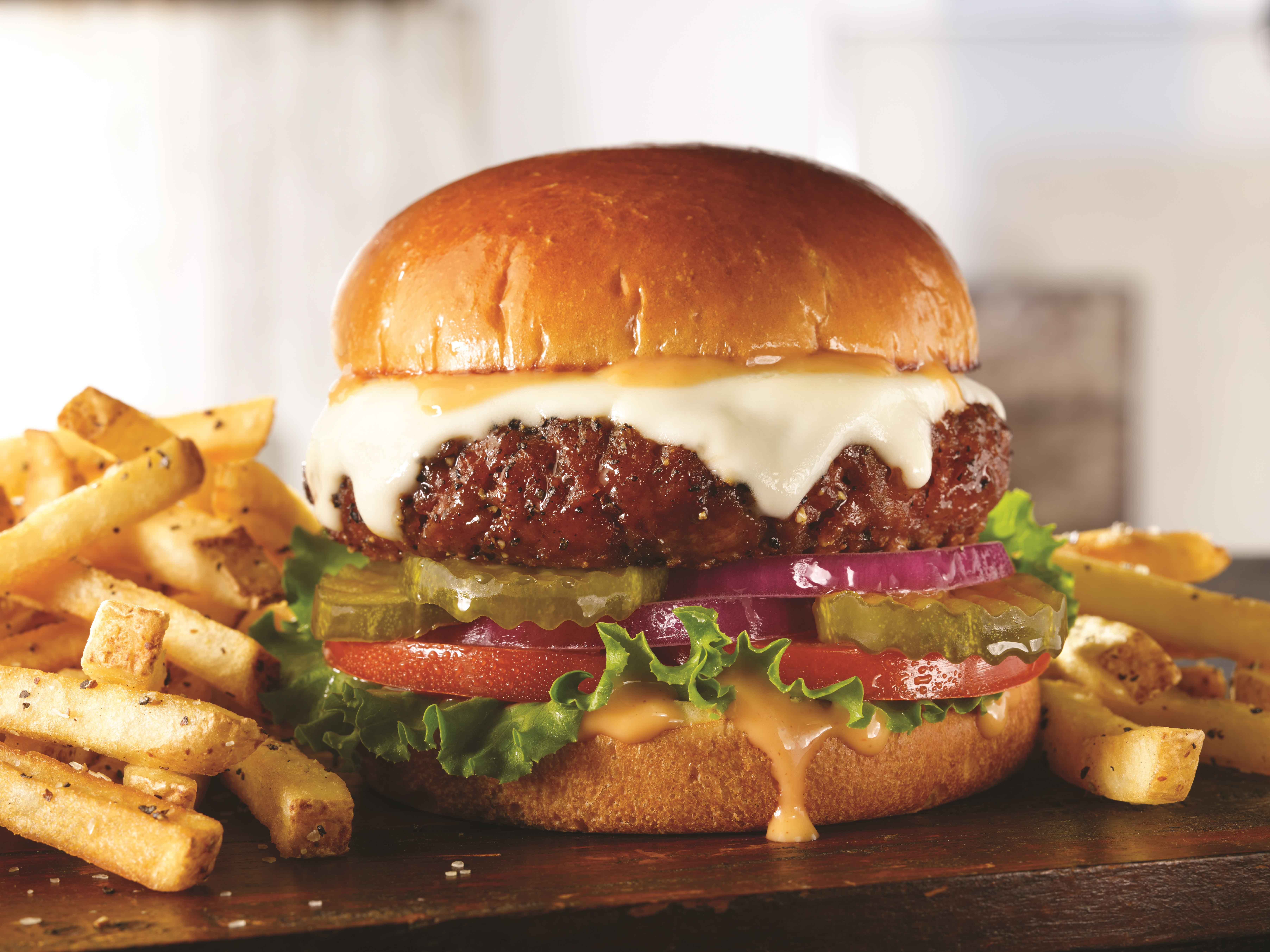 DALLAS, Oct. 1, 2020 /PRNewswire/ -- TGI Fridays® is partnering with Beyond Meat®, a leader in plant-based meat, to build on its offerings and introduce new menu items featuring Beyond Beef®. Known for its amazing drinks, ribs and iconic potato skins, TGI Fridays is also leading the way for plant-based meat options, using Beyond Beef to create a proprietary chili recipe exclusive to its restaurant.

Fridays was one of the first casual dining restaurants to offer the Beyond Burger® and is once again expanding the menu to introduce new dishes. Developed by TGI Fridays corporate chef, Beyond Chili™ is a warm, flavor-packed chili featuring Beyond Meat's plant-based ground meat, Beyond Beef. The plant-based meat options at Fridays don't end there — in addition to Beyond Chili, guests can now order Beyond Chili Loaded Potato Skins, Beyond Chili Ballpark Nachos, and a Beyond Chili Cheeseburger — as well as the Beyond Meat Cheeseburger that's been a favorite on the menu since 2018.

Fridays sees the plant-based trend growing and believes the taste, health benefits and versatility of plant-based meat signifies its exponential potential. The brand has found the following data:

"We're about making everyone feel welcome here and that means having more than one or two plant-based meat options on our menu for people, whether they're plant-based eaters or meat eaters," said Sara Bittorf, TGI Fridays Chief Experience Officer. "Plus, Beyond Beef tastes amazing, so this is something you're definitely going to want to try. With five menu items featuring Beyond Meat, there's something for everyone."

Beyond Beef is made from simple plant-based ingredients without GMOs or synthetic colors and flavors, and is designed to replicate the taste and texture of ground beef while being better for people and the planet.

Although demand is increasing, some restaurants might only provide one or two plant-based alternatives for its guests. As TGI Fridays continues to innovate for its guests, the international restaurant chain expects other restaurants to follow. Even its Loaded Potato Skin, who is running for President, approves. "I love it. Potatoes loaded up with Beyond Chili? I'm in," he says.

About TGI FridaysIn 1965, TGI Fridays opened its first location in New York City. More than 50 years later, Fridays comprises more than 850 restaurants in 55 countries offering high-quality, authentic American food and legendary drinks backed by genuine service. Bringing people together to socialize and celebrate the spirit of "Friday" is core to our promise that "In Here, It's Always Friday®." Visit www.Fridays.com for more information and download our mobile app. Join Fridays Rewards® and follow us on Facebook, Instagram and Twitter.