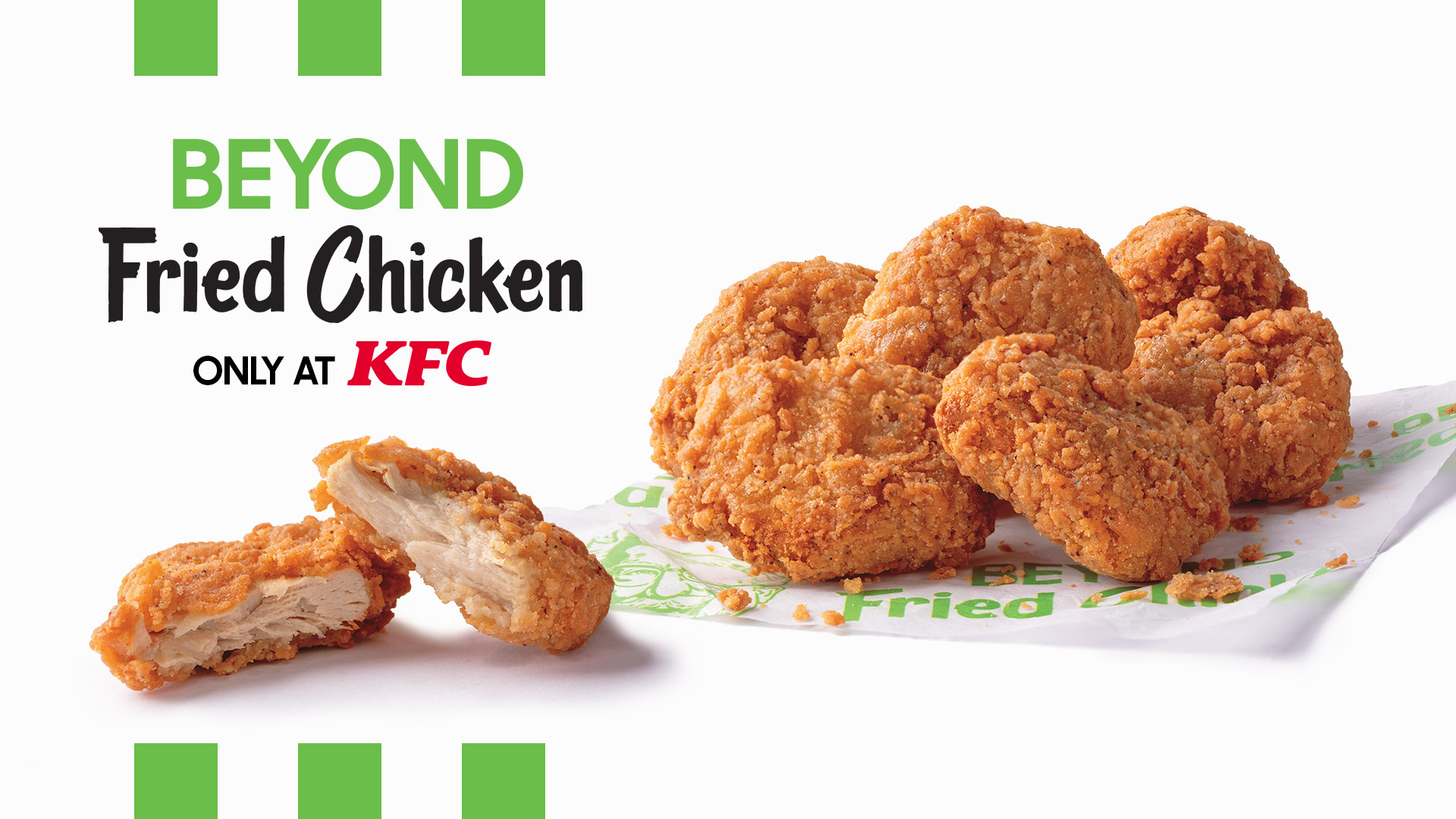 Beyond Fried Chicken Flies Into KFC in Nashville and Charlotte

The famous Colonel Sanders is back at it again, this time teaming up with Beyond Meat to bring finger lickin’ good plant-based chicken to KFC restaurants in two new test markets: Nashville and Charlotte. The 3-week test comes after the overwhelmingly successful one-day test launch in Atlanta back in August, where customers lined up for hours before the restaurant opened, cars were double-wrapped around the drive-thru and down the block, and Beyond Fried Chicken sold out in under 5 hours! That’s more Beyond Fried Chicken sold than KFC typically sells of Popcorn Chicken in a WEEK – talk about the power of plant-based.

Beyond Fried Chicken is our newest innovation that looks and tastes more like KFC’s world-famous chicken than ever before yet has the benefits of plant-based meat. Customers can enjoy Beyond Fried Chicken with a side of their favorite dipping sauces like KFC’s signature Finger Lickin’ Good Sauce, or tossed in one of three tasty options: Honey BBQ, Buffalo or Nashville Hot. Options range from four to 12 pieces a la carte or as cameos.

“The iconic flavor of Kentucky Fried Chicken is one that has never been replicated, despite many imitations, until now,” said Andrea Zahumensky, chief marketing officer, KFC U.S. “We’ve really pushed the limits to develop plant-based chicken that I think will have KFC and plant-based protein fans saying, ‘That’s finger lickin’ good.’”

“The response in Atlanta continues to underscore the growing consumer demand for high-quality, delicious plant-based meats. Together with KFC’s team, we have created a plant-based chicken that looks, tastes and pulls apart like a chicken breast. I am very proud of what our R&D teams have accomplished and look forward to continuing to lead the charge on plant-based chicken,” said Ethan Brown, Beyond Meat Founder & CEO.

Beyond Fried Chicken will be available until February 23, or until supplies last. Not in Nashville or Charlotte but want to be updated if Beyond Fried Chicken makes its way over to you? Sign up for our newsletter below! #GoBeyond