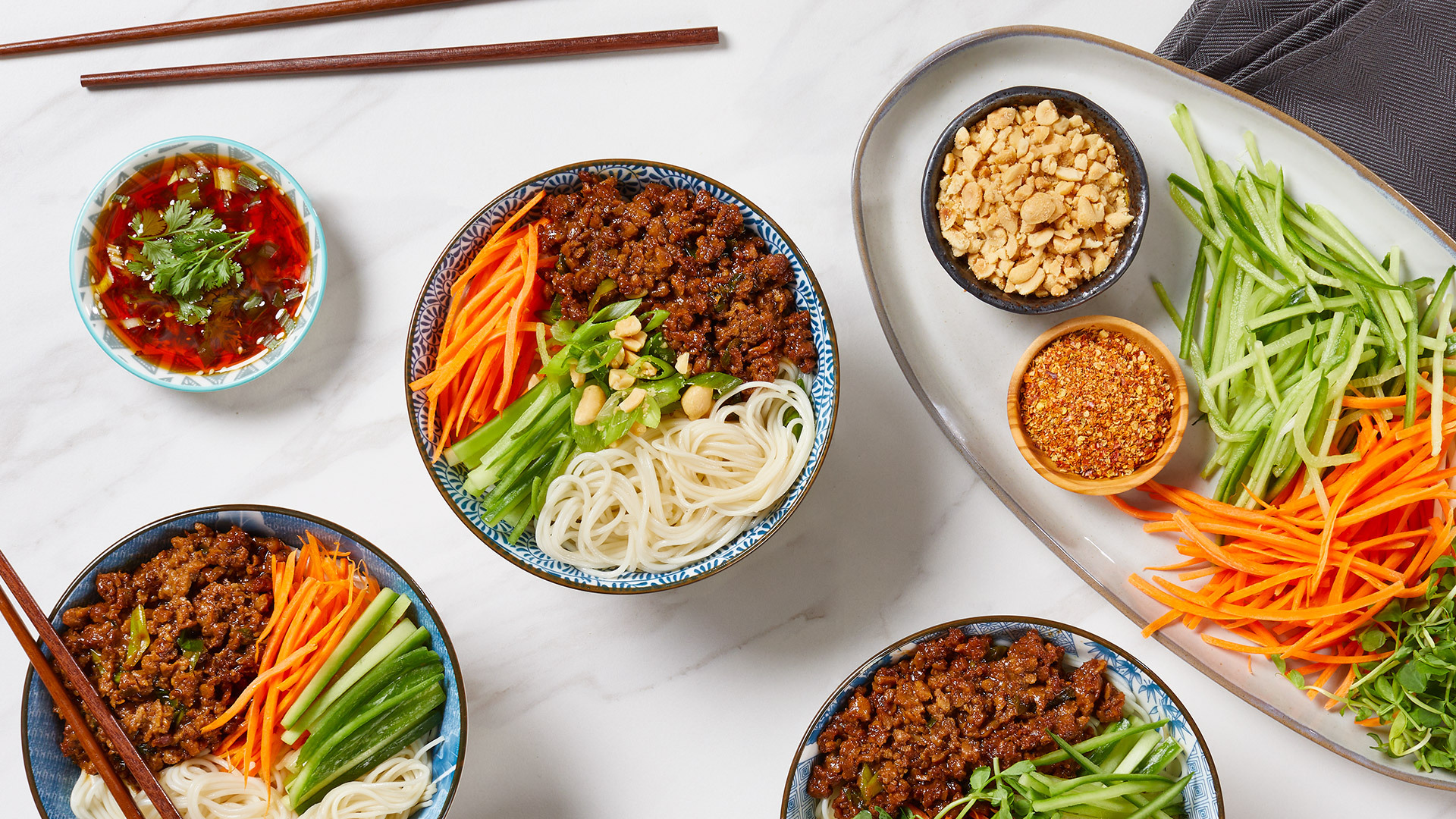 BEYOND MEAT DEBUTS BEYOND PORK IN CHINA

As part of our mission to increase accessibility to delicious, nutritious and sustainable plant-based meat options around the globe, Beyond Meat is proud to announce its latest product innovation, Beyond Pork!

Pork is the most popular meat in China and the country ranks among the highest pork consumption rates in the world, making it the ideal location for the unveiling of Beyond Pork, our first product designed specifically for the Chinese market.

Beyond Pork is a plant-based ground pork designed to deliver the sumptuous taste, juicy texture and culinary versatility of traditional ground pork, but with roughly 50% less saturated and total fat than traditional 70/30 ground pork. Made from simple plant-based ingredients, Beyond Pork is a rich source of protein with 18.5g per 100g serving, and is made without GMOs, antibiotics or hormones. Ground pork is a staple in Chinese cuisine, and Beyond Pork offers a seamless swap in favorite dishes such as dumplings, mapo tofu, zhajiang noodles and lion’s head meatballs. The development of Beyond Pork was a global collaboration between Beyond Meat teams in Los Angeles and Shanghai to create an irresistible plant-based pork option.The result? Beyond Pork was a fan favorite in local consumer testing for its ability to mirror the mouthwatering umami flavor, texture and aroma of animal-based minced pork, while offering the added health and environmental benefits of plant-based meat.

To celebrate the launch of Beyond Pork, we’re partnering with five popular restaurants in Shanghai, one of the food capitals of China, to offer a special Beyond Pork menu item at each until November 24. Chefs from Egg, Momenti, RAC, Solo X and Tun Wang have created delicious dishes including Beyond Pork Spicy Bolognese and Beyond Pork and Shiitake Wonton Noodles.

“I was very impressed the first time I tried Beyond Pork; I even thought the chef must have actually used traditional animal pork mince by mistake. I think our fans are going to be very impressed when they try it — I bet they won’t even be able to tell the difference either,” said Simon Briens, Co-Founder of RAC restaurant.

Stay tuned for more information and follow Beyond Meat on Weibo or WeChat for the latest news and updates for Beyond Pork and other exciting happenings in China.