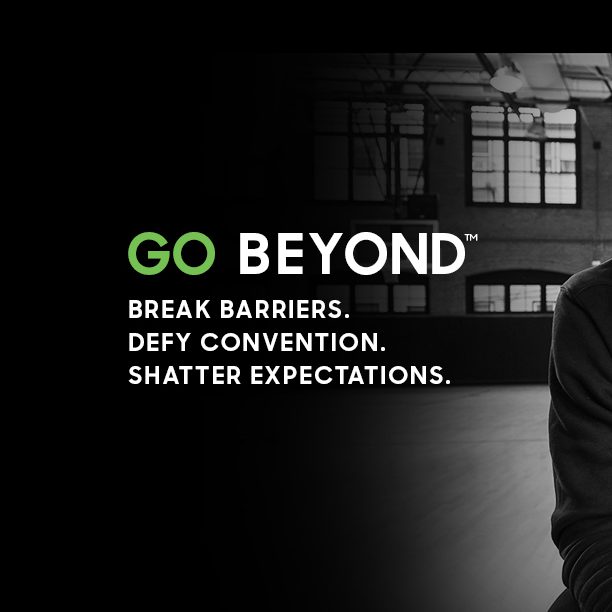 More than anyone, athletes intuitively understand the connection between what they put in their body and how it performs. That’s why we are BEYOND excited to announce that some of the biggest names in sports have decided to invest in, and champion, Beyond Meat, after discovering the power of plant-based eating.

All-Star point guard and Beyond ambassador/investor, Kyrie Irving, is kicking off our new Go Beyond campaign with a video that chronicles his journey to greatness and the ingredients that got him to where he is today.

“After playing the amount of games, doing the amount of recovery stuff, working out as much as I do, it demands a very specific diet. Beyond Meat is the best thing that I could be a part of and it only helps me better perform as an athlete,” said Irving, Beyond investor and ambassador. “I wasn’t always the tallest or most gifted athlete, I had to work on it and in the process of working on my craft, it meant going beyond what everyone else was doing—breaking free of the mold to go beyond what was expected of me. I’m truly elated to be a part of Beyond Meat, a company that’s growing exponentially and doing it in a way that’s connecting people not just to great food, but to an incredible community.”

A part of that community is fellow basketball player, Chris Paul who has also signed on as a Beyond investor and ambassador. Fueling his moves on and off the court, Paul incorporates Beyond Meat into his diet as more than just a meal option: “I now have a Beyond Burger after every game to aid with recovery times and inflammation–it’s a game changer, literally.”

As a South Carolina native, DeAndre Hopkins was accustomed to fried, Southern fare and a meat-centric diet. However, after spending off-seasons training in California, Hopkins changed not only his zip code but also his diet, embracing a more plant-forward lifestyle. As a back-to-back All-Pro, Hopkins attributes his league-leading stats to his new eating habits. “It honestly changed my life. It changed my body and my performance. These have been the best seasons I’ve ever had. I would say my performance on the field was a direct result of what I did off the field, how I treated my body and what I put in my body – which was primarily Beyond Meat,” shared DeAndre Hopkins, professional football player and Beyond investor and ambassador.

Keep an eye out for more of these inspiring stories, and others like it. In the pursuit of the remarkable, there is only one place to go… #GOBEYOND.