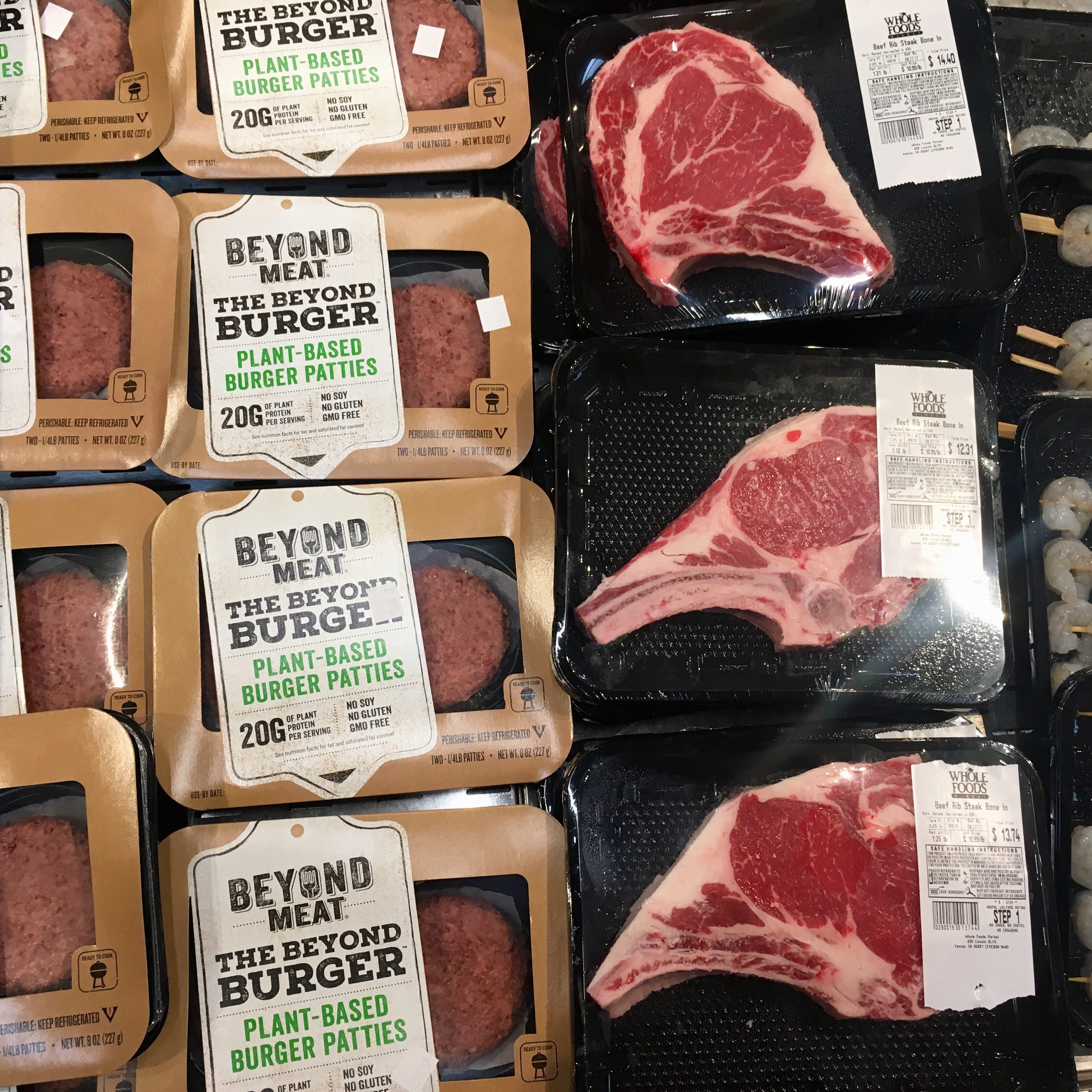 Is Meat Production an Efficient Use of Resources?

Global meat consumption is steadily growing. Over the last 60 years or so, it has risen from 44 million to 284 million tons, with annual consumption per person increasing to more than 90 pounds. Meat consumption and production is expected to double by 2020 due to both a spike in the global human population and amount of meat consumed per person. The intake of dairy products and eggs mirrors this trend. So how efficient is meat production in terms of resource use and protein provision? The idea that the meat industry exhausts resources is not a new finding, but many individuals still reject this statement on the basis that there isn’t solid proof to confirm it. For anyone out there who remains skeptical, take a look at these pieces of information.

Rich, developed countries tend to consume more meat than developing nations. Generally, when people earn more, their consumption of meat and animal products increases accordingly. Developing nations tend to practice subsistence farming methods, raising free-ranging livestock on small farms, which they harvest for their own consumption or barter for other wares. As income levels rise and the demand for meat increases, livestock farming tends to become more automated, to the point where it has now become industrialized – we are literally factory farming animals for meat. This being said, there is a noticeable shift showing that many higher income groups are reducing their meat intake and favor more quality-oriented, plant-based, and specialty items.

In order to be fattened for the table, these intensively farmed animals must be fed. Factory farmed animals are given a grain-based diet originating from crops grown on agricultural land. The Earth Policy Institute estimates that approximately 35% of the world’s grain harvest is used to raise livestock for human consumption. This food could be used to directly feed the populations in starvation, which ignites debate over the ethical dimensions of meat production for wealthier regions.

The efficiency at which grain is converted into animal protein varies between different livestock species. According to data from World on the Edge by Lester R. Brown:

• Grain-fed beef have to consume approximately 7 pounds of grain to produce 1-pound of live-weight beef, and consequently is one of the most inefficient converters of grain. Beef production, much of which is farmed on rangelands, has increased by approximately 1% annually since 1990.

• It takes more than 3 pounds of grain to produce 1-pound of live-weight pork. World pork production, which has grown by 2% a year since 1990 with half of it now being produced in China (Mainland), surpassed beef production in 1979 with the gap having gotten wider since.

• It takes slightly more than 2 pounds of grain to produce 1-pound live-weight poultry. Global poultry production has seen a swift increase of 4% per annum over the last few decades. It overtook beef production in 1995 and is currently the second highest meat product consumed after pork.

Aquaculture, the fastest-growing animal protein being produced, is rapidly expanding throughout the world and may overtake beef production in the near future as well. Herbivorous fish species such carp, catfish and tilapia, require less than 2 pounds of grain to produce 1-pound of live-weight fish, making it a more efficient converter of grain to animal protein than others. However, this grain used to feed fish is not what they would normally consume in the wild. Fish are also often fed leftover livestock scraps including pork and beef, which is a drastic and unsafe departure from their natural diet.

Due to all of this grain needed to feed livestock for meat, it is estimated that meat contains a minimum of 15 times more pesticides than vegetables (if not more) from all the chemicals involved in producing mass quantities of grain.

Water Consumption. This is a huge one. A range of 1,800 to 5,000 gallons of water are required to produce just 1 pound of beef, compared to the 257 gallons needed to produce the same amount of soybeans (an inexpensive source of versatile plant protein). With the modern scarcity of water, this aspect is often overlooked but extremely relevant.

The most efficient use of grain would be to eat it directly, rather than indirectly by consuming livestock raised on it. For those with the argument that “grain isn’t food, it’s what food eats”, a basic assessment of the macro/micronutrient content of a balanced plant-based meal consistently offers equal or superior protein and nutrients, without the negative aspects including unhealthy forms of cholesterol, bacteria, ammonia, hormones, carbon monoxide, and other harmful presences. Modern doctors and nutritionists continue to reinforce that humans can obtain all the essential nutrients of a healthy diet without the animal. Example: equal ounces of black beans to beef contains the same protein content plus higher fiber and phytonutrients in the beans, but without the unhealthy fats and negative health effects. This is just one of countless comparisons reinforcing that plant-based options are not inferior or lacking substance.

Some individuals may still regard this information as false or hard to comprehend. Keep in mind that subsidies are part of the reason why meat seems so affordable- to put this in perspective, one pound of burger meat would cost $30 if not for government subsidies, while fresh fruit and veggies are regarded by the USDA as ‘specialty crops’ and not given anywhere near even a fraction of the financial supplementation. Don’t believe it? Berkeley Engineering published academic research detailing this topic- check it out here.