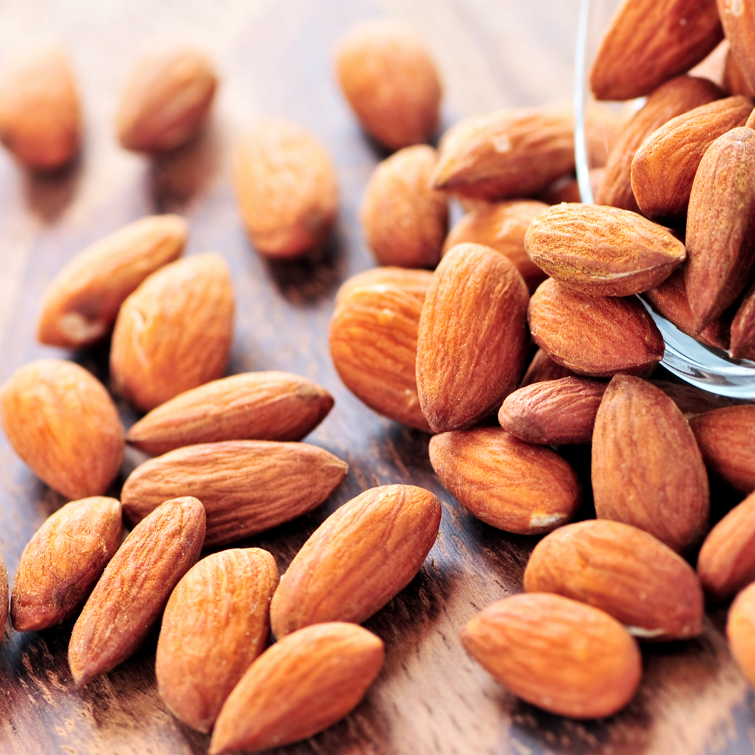 What is one of the most commonly-cited excuses for still eating meat (despite all the reports showing how meat is destroying our health and environment)?  It is this:

Humans were meant to eat meat.

In fact, this claim is so strong that it has even spawned several trend diets which are based on eating mass amounts of meat.  Yes, I am talking about the uber-trendy Paleo Diet, Primal Diet, and Weston A. Price Diets.

If you’ve ever been to a museum of natural history, you’ve probably seen those dioramas of cavemen sitting around a fire, surrounded by bones from some freshly-killed mammoth.  Heck, I’ve even seen some dioramas where the cavemen are in action with spears in their hands.  If you haven’t seen these, then you’ve undoubtedly seen the TV versions which give you even more dramatic details into the flesh-eating, hunting lives of our ancestors.  Judging by all this, it is no wonder that people presume our paleo ancestors were gorging on a diet of mostly meat, supplemented by some foraged tubers and berries for good measure.  So, it may come as a surprise to find out that our prehistoric ancestors might not have subsisted on a mostly-meat diet.  And, even if they did, this is still no reason to eat meat.

First off, I want to clarify that the term “paleo” to describe a diet is pretty ridiculous because the paleo era spanned for so long (from 10 thousand to 2.6 million years ago).  It also spanned the entire planet, and obviously primitive people were eating different things depending on where they were on the planet then.  But, for the sake of argument, let’s overlook this.

We Don’t Really Know What Our Ancestors Ate

Well, we really don’t know as much about what our ancestors ate as those museum exhibits would have you think.  Here’s just one example: We used to assume that Neanderthal (one of our closest relatives) was mostly a meat eater.  Then, in 2012, evidence appeared showing that Neanderthal ate a lot more plant food than we thought.  The evidence even shows that Neandrathal was cooking food.  Why did we mistakenly think Neanderthal was basically a carnivore?  Could it have something to do with the fact that evidence of eating meat (like bones) survives the test of time a lot better than the evidence of eating plants?

Technology has gotten to the point that we can figure out what our ancestors ate without just looking at the remnants of their trash piles.  An article in Discovery Magazine goes over it very well.  Interestingly, methods like carbon analysis of bones show that early human ancestors actually ate grains – and they started doing so around 2.9 to 3.9 million years ago!  You hear that paleo diet people?  Our ancestors ate grains!

But wait you say, you are going too far back.  It is our earlier homo ancestors we should be looking at…

Therein lies the problem in using “our ancestors” as a basis of what our “best” diet is.  Which ancestor should we be looking at?

We Weren’t “Meant” to Eat Any Diet

In his controversial article in the Scientific American entitled “Human Ancestors Were Nearly All Vegetarians”., Mark Dunn delves into just how ridiculous it is to try to eat like our ancestors.  He asks the pertinent question of “which paleo diet should we eat?”

“I would argue that, IF we want to return to our ancestral diets, we might reasonably eat what our ancestors spent the most time eating during the largest periods of the evolution of our guts. If that is the case, we need to be eating fruits, nuts, and vegetables—especially, fungus-covered, tropical, leaves.”

He goes on to say that the only thing which would convince him that we should be eating some presumably ancestral diet is if there were evidence that we humans had somewhere along the lines rapidly evolved to eat diets specialized in meat.  Yes, early humans did start eating more meat at a certain point in their histories.  Experts have even attributed eating protein-rich meat to giving mankind enough energy for their larger brains (human brains require 20% more energy than primate brains).  But this doesn’t mean that humans evolved to eat meat.  As Dunn points out, early humans were also evolving to eat plant-based foods at the same time.  There isn’t any evidence showing that humans evolved to digest meat better, but there is plenty of evidence showing that humans evolved to deal with agriculture – like the genes for digesting seaweed in Japanese people and gut changes from eating grains.

It sounds to me like our ancestors were really flexitarians: eating the best foods which were available to them.  We have a lot more choices than our ancestors, so why would you only want to eat what you assume they ate (and presume was good for them)?  Considering the fact that modern evidence shows that eating meat is linked to heart disease, cancer, obesity, and numerous other health problems, I think I will stick to my vegetarian diet which is rich in whole grains, plant proteins, and fresh fruits and vegetables.