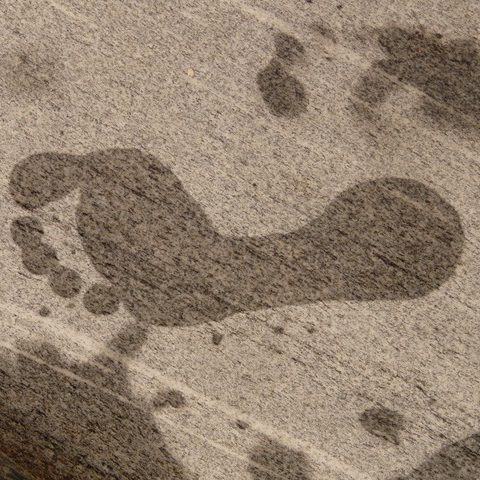 The Water Footprint of Meat

If you are looking to do your part for the environment and reduce your water consumption, the common advice is to do things like turn off the water when you brush your teeth, upgrade to low-flow fixtures and toilets, or take shorter showers. But the most effective way to reduce your water consumption has nothing to do with how long your showers are. It has to do with what you eat.

In terms of energy resources used, animal products are incredibly inefficient. Beef is the worst offender with a single pound of beef requiring about 1,799 gallons of water to produce. That’s right! A POUND of beef requires 1,799 gallons. To put this into perspective, you could give up showering for an entire year and still not save as much water as is required to make a pound of beef.

According to Waterfootprint.org, most of the water used in animal product production goes to produce feed for the animals (98%) – that’s water for all the crops which animals eat. It should go without saying that it would be more efficient to just feed people the crops directly instead of using them to feed animals for meat. The rest of the water used in producing animals goes for drinking water, service water, and feed mixing water.

(Gallons required per 1lb of product)

Bear in mind that these amounts can vary between reports. The amount of water required to produce food depends on many local factors, such as production system, climate, and feed used for animals. However, the fact remains consistent that beef and animal products require much more water than plant foods (chocolate is one of the only exception to this).

So if you want to do your part for the environment and reduce water consumption, reduce your meat consumption!