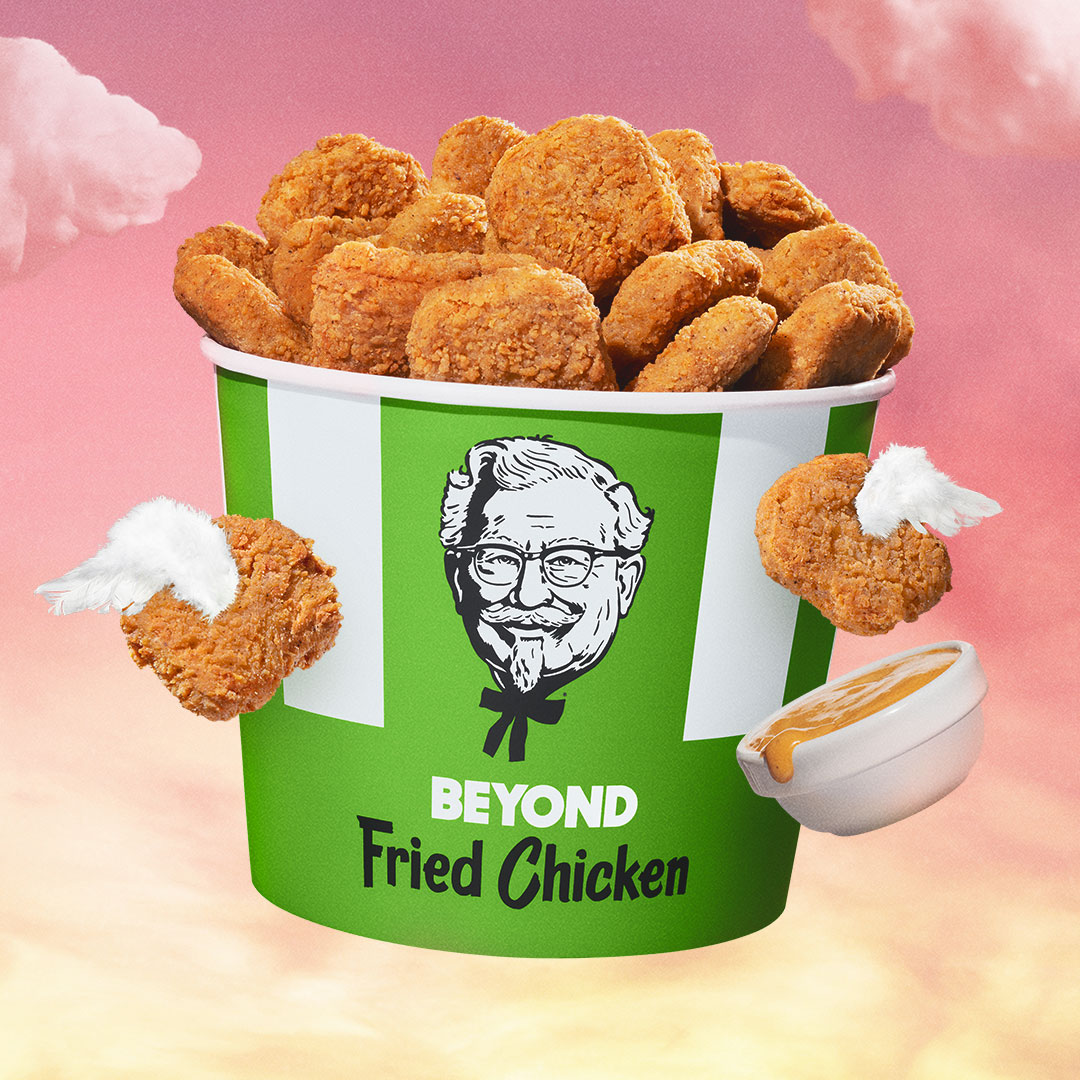 Ring in the new year with a Kentucky Fried Miracle: Beyond Fried Chicken has arrived on KFC menus across the country! Beginning Monday, January 10, you can find the crispy, delicious plant-based version of the Colonel's most iconic dish at KFC locations throughout the U.S. for a limited time, while supplies last.

Beyond Fried Chicken is packed with flavor and the juicy satisfaction that you’d expect from KFC’s beloved fried chicken but in a plant-based option that’s just as finger lickin’ good.

To celebrate this plant-based miracle, we’ve teamed up with YouTube star Liza Koshy on a campaign that rolls out the “magic chicken carpet” and invites consumers everywhere to get a taste of Beyond Fried Chicken.

KFC ignited the plant-based chicken wars back in 2019 as the first national U.S. QSR to introduce plant-based chicken when it launched Beyond Fried Chicken in Atlanta. With lines wrapped around the block, the test store sold out in less than five hours and the plant-based miracle went on to make its debut in more cities across the country. Now available nationally for the first time, Beyond Fried Chicken is available as KFC’s first ever plant-based combo meal with Secret Recipe Fries and a medium drink, or à la carte in six or 12-piece orders.

Pro tip: you can skip the drive-thru line by ordering through KFC’s newest Quick Pick-Up option on the KFC app or KFC.com, at participating locations. Don’t chicken out of this plant-based experience and find the KFC location nearest you today!

When and where can I find it?

Beginning Monday, January 10, over 4,000 participating KFC restaurants across the U.S. will offer Beyond Fried Chicken for a limited time, while supplies last.

Is it Vegan or Vegetarian?

While Beyond Fried Chicken is 100% plant-based, it is prepared by KFC employees with the same cooking tools and ovens used to prepare and serve their meat-based chicken.

Where do I get allergen info?

You can learn more about Beyond Fried Chicken at the link below.